Championship, League One and League Two talking points: Five things to look out for on Saturday

QPR are flying into West Brom clash, Millwall have a problem scoring from open play and a difficult week for Derby.

Here are five things to look out for in the Sky Bet EFL on Saturday...

Who is David Prutton tipping for victory in the Sky Bet EFL this weekend? Find out here...

QPR were an extremely streaky side last season, seemingly only losing or winning in runs of games, so perhaps their current run of four straight wins should be taken with a pinch of salt.

But, even during the good times under Steve McClaren, the Hoops never won four in a row, and they were nowhere near as free scoring. It took them their first 14 games to score 14 times last season, so far this campaign they have managed it in just eight.

A complete blitz of the squad over the summer has so far worked a treat. The football has been very exciting to watch, with Nahki Wells and Jordan Hugill up front and Ebere Eze and Ilias Chair running amok behind them. Huge credit to Mark Warburton for turning it around quite so spectacularly after the dreadful end to last season.

The caveats are that we`ve had good spells in recent seasons only for them to dissolve into long losing runs and the defence is yet to keep a clean sheet. Also, the two properly good teams we have played, Bristol City and Swansea, have beaten us. So let`s see what happens this week against West Brom.

The Baggies are the only side in the Championship to have scored more goals than QPR so far. It should be a Saturday lunchtime cracker at the Kiyan Prince Foundation Stadium, live on Sky Sports Football.

On the face of things, it hasn`t been too bad of a season for Millwall so far. They are 16th in the table, having picked up nine points from eight games, which is three more points than they had by the same stage of the last campaign.

What they do have, however, is a problem scoring goals. Millwall have netted just six times in the Championship, and just one of those goals (16.7 per cent) has come from open play. The next worst is Wigan with 37.5 per cent, and no other side in the division has scored fewer than 50 per cent of their goals from open play this season.

There is no harm in possessing quality at set-pieces, but you must be able to threaten from open play as well. To that extent, they appear to be missing Lee Gregory, who had been their top (or joint-top) league scorer in all of his five seasons at the club.

Matt Smith and Jon Dadi Bodvarsson arrived in the summer to try and fill the gap, but Smith`s two goals have both come following set-pieces and Bodvarsson is yet to get off the mark in the league.

They visit bottom-of-the-table Huddersfield on Saturday. It is as good a time as any to find a way to strike without a set-piece.

Problems pile up for Derby

It looked like Derby had gained a result that could kick-start their season. Last Saturday they were absolutely battered by Leeds, but somehow managed to sneak a 1-1 draw at the end with pretty much their first shot of the game, and then celebrated like they had won the World Cup.

Unfortunately, though, the celebrations seemed to go on for too long. Now, they have a first-choice defender and club captain out for the rest of the season, two more due in court next month and a manager who must be wondering what he has let himself in for. Don`t forget, either, that Wayne Rooney is also supposed to be joining in January.

Due to an alcohol-related incident we`ve lost our captain for the rest of the season, so in the end it was bad news for the whole team, said Phillip Cocu on Thursday. It`s bad news and a bad situation for everybody at the club.

From a footballing perspective, Derby are without a win since the opening day of the season, and are labouring in 18th in the table ahead of their clash with Birmingham at Pride Park on Saturday.

The Rams were 90 minutes away from the Premier League in May. That seems an awfully long time ago now.

Ipswich dropping into the third tier of English football seemed like a bit of a disaster at first. Often, though, fans find that dropping a level can release a bit of tension from a club, and that a season pushing for promotion may actually be a more enjoyable experience than years of scrapping for any point you can get your hands on at a higher level.

Under Paul Lambert they are also making pretty light work of League One at the moment. They have won six and drawn three of their nine games, they sit top of the table and have conceded fewer goals (four) than any other side in the division.

At the other end they have banged in 16, and that is in part thanks to James Norwood, who has scored five and grabbed one assist. The striker faces an emotional reunion on Saturday, as Tranmere head to Portman Road. His goals, after all, are also pretty much the reason the Merseyside club find themselves in back in the third tier.

Tranmere is a club that is close to my heart, Norwood, who also confirmed he won`t celebrate if he scores, told the Liverpool Echo. I love the club, love the boys there, so it`s going to be an interesting situation to be in.

There are lads that I`ve played with for so many years, and I`ll be playing against them. But that`s part and parcel of football. It`s going to be nice to see some familiar faces but, at the same time, I`m wanting to win.

League Two was always a pretty hard division to get relegated from, with only two slots condemning clubs to the drop from the Football League.

Now it has got even harder, following the EFL`s decision in principle to only relegate one club this season following Bury`s expulsion, in order to re-balance the leagues for the 2020/21 campaign

An EFL statement said: During [Thursday`s] meeting, the EFL and its member clubs considered and debated a number of options, with all clubs given the opportunity to air their views. The debate included consideration of the proposal submitted by the Bury FC Rescue Board for the club to be admitted to League Two under new ownership in season 2020/21.

Following in-depth discussions, it became clear that the proposal did not have the necessary support and that EFL clubs favoured extending the existing principle of a reduction in relegation across all divisions as a means of returning to 72 clubs now and for the future.

It may take the edge off the most intense relegation battle in English football this season, but the clubs near the foot of League Two will be quietly delighted.

Pogba a doubt for Manchester Unite due to swollen ankle 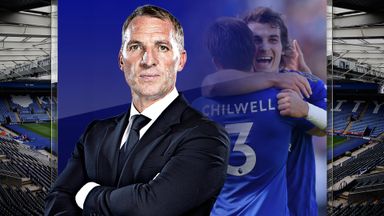 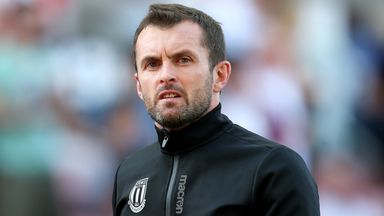 Jones Knows: Us Joneses stick together 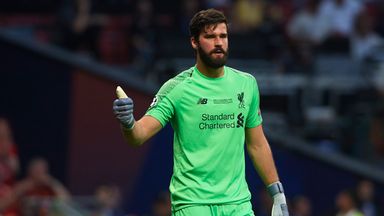