Chelsea boss Frank Lampard refused to comment on the situation at former club Derby following the car crash which left Richard Keogh sidelined for the rest of the season.

Rams captain Keogh suffered a serious knee injury at the end of a team bonding session on Tuesday.

Derby condemned the “alcohol-related incident” in which two other senior players – Tom Lawrence and Mason Bennett – were charged with drink-driving.

Asked about the matter at a press conference, Lampard, who managed the trio at Pride Park last season, said: “No answer for that one.

“It would have been similar last year if you’d asked me about Chelsea, whether I did talk a little bit or not.

“But it shouldn’t be something to talk about, especially a situation like this. So, no, not for me.”

Lampard has his own problems to worry about and is still seeking a maiden home Premier League win.

The Blues have been held to frustrating draws by Leicester and Sheffield United at Stamford Bridge this season before leaders Liverpool left with all three points last weekend.

Brighton, who have not beaten the Blues since 1933 and are winless in the top flight since the opening weekend, are Saturday’s visitors to west London.

On the poor home form, which includes a Champions League loss to Valencia, Lampard said: “Every week is important and the fact that we haven’t won at home in the league is something that we obviously want to correct.

“If we are going to be where we want to be then we are going to need home wins. I thought we were very unlucky last week against Liverpool. But that doesn’t help the point situation.

“We need a similar performance to Liverpool, because I thought it was very good.

“If we get that level of performance then I expect the home wins to come very soon.

“We must respect Brighton hugely because they are playing very well, playing some really good football, new manager, change of style, maybe not the points on the board that they deserve.

“We can’t – just because we haven’t had a home win – expect that it will come because we’re Chelsea and they’re Brighton.”

Lampard used Wednesday’s Carabao Cup clash with Grimsby to select a number of the club’s academy players, while Callum Hudson-Odoi – fresh from signing a new contract – made a scoring return from long-term injury.

England forward Hudson-Odoi and midweek debutant Reece James will be involved against the Seagulls, although Lampard will be cautious not to rush the former’s return to full fitness following his ruptured Achilles.

“I will be careful with Callum, considering the type of injury he had, that’s not to say he can’t play a major part in tomorrow’s game or a slightly lesser one,” said Lampard.

“I will have to see on its merits with a bit of Callum’s personal injury situation in my mind as well.”

Antonio Rudiger, Emerson Palmieri and Ruben Loftus-Cheek will be absent against Albion because of injury, but Andres Christensen (knee) should be fit to return, while Olivier Giroud (illness) is a doubt.

How to get a Sky Sports Month Pass for just £9.99 through NOW TV

Simunovic could be out until January 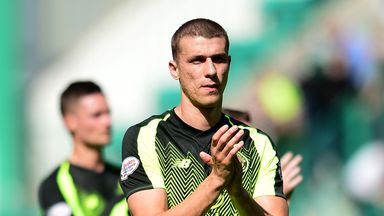 ‘No panic’ says Silva ahead of home game against champions