Pep Guardiola says he will not seek to “control” how his Manchester City players use social media after he once again defended Bernardo Silva against accusations of racism.

Portugal international Silva has faced a backlash this week after comparing a picture of City team-mate Benjamin Mendy as a child to the cartoon logo of Spanish confectionery company Conguitos.

Guardiola said earlier he is also unaware of an Instagram story posted by Silva last year, which has resurfaced, in which the midfielder says Mendy is completely naked - despite being fully dressed in black.

In the video, Silva said: I`ve just seen a World Cup champion completely naked. He`s got a backpack and he might have a watch but no clothes for sure. I`ll show you in a sec.

The video then sees Mendy appear and Silva added: Ben, why are you not wearing any clothes?

The FA has written to Manchester City to seek their observations as part of an investigation into Silva`s social media activity.

Sky Sports News has been told that Silva has written a personal letter to the FA in response.

As well as saying he is unaware of the video, Guardiola continued his defence of Silva over the tweet about Mendy.

He is absolutely not guilty because his intention was just a joke, said City manager Guardiola ahead of Saturday`s trip to Everton, live on Sky Sports.

It`s a cartoon and the face is quite similar. Probably the same thing happened a thousand times for white people - it`s the same. It was just a joke and that`s all.

The people think it is the opposite and Bernardo and Manchester City are open to listening to opinions and that is all.

But before I said to the people that judge Bernardo they don`t know him. Bernardo is an exceptional person. Make the focus on other issues not on Bernardo.

Bernardo or anyone else in my squad, they do these things just for a joke. Benjamin Mendy is like a brother for Bernardo and he is like for Mendy the same.

Sky Sports News reporter Ben Ransom revealed that Silva wrote to the FA personally over his tweet about Mendy.

The letter was supported by a statement issued by Mendy himself, who declared he had not taken any offence over the social media post. If the FA do find Silva guilty, he could face a six-match ban.

Manchester City were asked by the FA for their official observations on this tweet, as part of the investigations, Ransom said.

They had until 5pm yesterday to respond and I`ve been told this afternoon that part of that response came from Bernardo Silva himself. A personal letter explaining his tweet.

I understand that within his letter, he denied there was any racist intention there, but what he did do, I`m told, is express regret at any unintentional offence that had been caused by the tweet that he put out.

In support of his letter, Benjamin Mendy also supplied a statement in which he made clear that he took it as a joke. This will all form part of the evidence and the FA will still be looking at this - we will hear the next step from them.

If they do find him guilty of discrimination, which is what Kick It Out have suggested he should be found guilty of, then he can face possible sanctions - including a six-match ban. 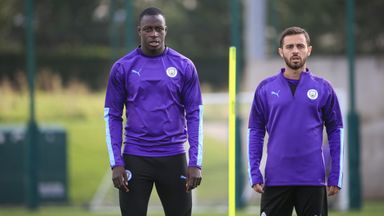 Under-fire Stoke boss Nathan Jones: I won’t hang around if I’m not wanted 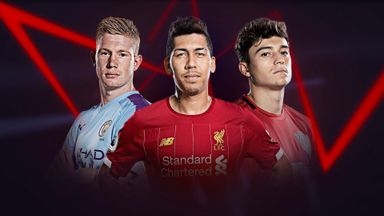 Kings of the Premier League XI