It`s been a challenging first couple of months at Newcastle for head coach Steve Bruce, who left Sheffield Wednesday to take over at St James` Park back in July, but he is confident of an upturn in fortunes for his side ahead of their Renault Super Sunday trip to Leicester, live on Sky Sports.

Appointed following the departure of Rafael Benitez, who was idolised by the Newcastle fans, and amid protests over the ownership of Mike Ashley, Bruce has faced difficulties on and off the field during his short tenure at St James` Park.

On the pitch, Bruce`s side, who have faced Arsenal, Tottenham and Liverpool already, are the joint-lowest scorers in the Premier League and sit just outside the relegation zone with just one win to their name from their opening six matches. The Newcastle boss has faced fierce criticism of his playing style from fans, former players and pundits, while the attendance at St James` Park has dropped to its lowest in nine years.

But despite the difficulties faced since his arrival, Bruce, who was given the job despite discontent from many Newcastle supporters, remains positive and in an exclusive interview with Sky Sports, the 58-year-old has identified the key areas needed for improvement for his side.

Speaking on a range of topics, Bruce, who is yet to lead Newcastle to victory at St James` Park since his appointment, defends his side`s playing style, defends Miguel Almiron, talks Fabian Schar`s best position and hints at a potential strike partnership of Andy Carroll and Joelinton.

Giving up possession to the opposition is not a new thing for Newcastle.

Last season, only relegated Cardiff (39.1 per cent) had less possession on average than Newcastle (42.9 per cent) under Rafael Benitez. That trend has continued under Bruce with Newcastle, who had just 28.7 per cent of the ball against Brighton, recording the lowest amount of average possession in the Premier League (31.2 per cent).

It`s an area Bruce and his side are working to improve on.

It`s very difficult, you cannot just turn around a style overnight, Bruce told Sky Sports. But we were better when we made the changes against Brighton and that`s obviously a positive.

The biggest thing though, and we struggled with it last year as well, is possession.

We were right near the bottom of the league last year in terms of possession so that must improve. We need to look after the ball a bit better and if we can do that it will help us.

It`s something we need to work on hard on the training field, he added.

We turned the ball over a lot against Brighton. It was difficult enough trying to get it but when we did, we turned it over too quickly. We have to look after the ball better in order get ourselves a foothold in the game, and that`s what we`ll be trying to improve on. 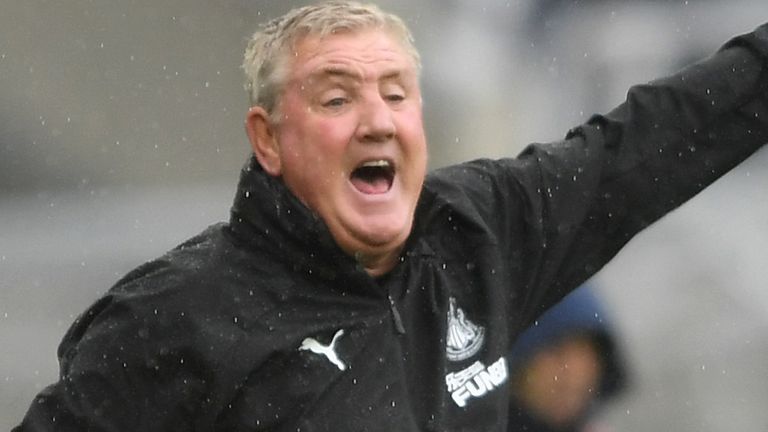 It’s always good to have a clear week but unfortunately the weekend always comes around quickly. I’ve got a great job until a Saturday or a Sunday, but it’s always helpful to have a clear to week to work on what we’re trying to do and get the message across ahead of the weekend

Bruce on getting his message across at Newcastle

Flexibility at the back

One of Newcastle`s strengths is the depth they possess at centre-back with Jamaal Lascelles, Fabian Schar, Paul Dummett, Ciaran Clark, Federico Fernandez and Florian Lejeune all options for Bruce.

The Newcastle manager has so far favoured using a back three of Lascelles, Schar and Dummett, but after a poor first-half showing against Brighton, he switched to a back four and there were signs of improvement.

And Bruce, who wants his side to be flexible in terms of systems, insists the change has given him plenty to think about going forward.

When asked if Newcastle will use a back four going forward, he said: Yes, 100 per cent. But if you look at what I`ve inherited we`ve got six centre-halves at the club and the club have played with three centre-backs. But it`s something we`ll look at, yes.

In the Premier League now, I think you need the ability to change. The top clubs change. Spurs in particular have played a back three and very quickly change into a back four. So, it`s something you can have up your sleeve.

We switched to a back four against Brighton and we were much, much better and it`s given me plenty of food for thought going forward.

Could Schar play in midfield?

Steve Bruce on Fabian Schar: I’m sure he could [play in midfield]. I’ve never really looked at it though.

He’s a centre-back and because he’s very good on the ball people are obviously speculating about it. At a push I’m sure he could go into midfield, but I think he’s a central defender.

One of the biggest criticisms labelled at Bruce so far during his time at Newcastle has been regarding his style of play.

Nolberto Solano is the latest to criticise the style of play at St James` Park with the former Newcastle favourite saying the club`s defensive mentality is hindering the likes of Almiron and Joelinton.

Newcastle`s struggles in front of goal

So far this season, Newcastle are averaging 0.67 goals a game.

Goals have been particularly hard to come by for Bruce`s side, who have scored only four times in their opening six matches - the joint lowest goals total in the league alongside Crystal Palace and bottom-of-the-table Watford.

However, Bruce has defended his style of play and backed his forwards to find their scoring boots again.

But the things we have to improve on is possession of the ball, being a threat and of course, scoring a goal. If you looked at last year, in my opinion, we didn`t score enough goals. That`s the difficulty now and we have to improve

We have to create more, and we have to be more clinical, he added.

In training it`s easy to hit the back of the net all the time, not a problem. The only thing you can do is keep repeating it and repeating it, and that`s all you can do as a coach. Hopefully, when the chances come in a game we can be a bit more clinical.

Get the best out of Almiron

Another challenge for Bruce is trying find a way to get the best of Miguel Almiron.

There was plenty of excitement surrounding Almiron when he arrived at St James` Park last January for a then club-record of £21m from MLS side Atlanta United, but after 16 games without a goal there`s speculation the Paraguay international could be dropped for the trip to Leicester.

However, despite Almiron`s lack of goals, Bruce praised the 25-year-old`s contribution and backed him to come good in front for goal.

Finding Miguel`s best position is a difficult one, but we`ve certainly got to try and find a way to get the best out of him, Bruce said. He trains well every day and handles the ball well. He`s a very, very good footballer.

Yes, we are disappointed he hasn`t scored enough but his contribution to the team since he arrived last January has been huge. I can`t compliment him enough for that. He`s a great professional and he plays with a smile on his face.

Miguel has had a few chances of course and not taken them, but he`s a very good player. I`m hoping that once he gets one and he`s off and running, the goals will come in a bit of a glut.

He did score goals in the MLS so he can do it, and hopefully he can take it forward here.

A big boost for Bruce has been the return from injury of Andy Carroll.

The 30-year-old, who was released by West Ham this summer, signed a one-year contract to return to his boyhood club and he finally made his first appearance since rejoining the club in the summer, coming on for the final eight minutes against Brighton.

Bruce is delighted to have the former England striker back with the squad and didn`t rule out partnering him with Newcastle`s club-record signing, Joelinton, in the future.

We`re just glad he`s in and around the squad at the moment, Bruce said. He`s been with us for two weeks and we just hope his ankle stays well. If he stays well then Andy Carroll will always be a threat for any team.

We`re just hoping he stays well. Could he end up playing alongside Joelinton? Why not?

Get the fans back onside

There were plenty of empty seats on show during Newcastle`s draw with Brighton as the steady decline in attendances at St James` Park continued.

Just 43,316 turned up to St James` Park. It was Newcastle`s lowest Premier League attendance in almost a decade, and was around 7,000 lower than the corresponding fixture last season as protests continue against Ashley`s ownership.

News of Peter Kenyon`s new bid to buy the club from Ashley should brighten the mood of the club`s fanbase somewhat, but previous takeover talks have failed to materialise into anything substantial.

Bruce knows the mood will instantly be lifted if he can get his side winning again.

Bruce on a potential takeover at Newcastle

It`s news to me. It`s not something I can comment on. I was informed something was breaking last night.You`re asking the wrong person. The only thing I can influence is how we play on a Saturday or a Sunday.

It`s something that will improve by getting a few results and having a team the fans enjoy watching again, he said. That`s got to be my focus. I`ll just keep my head down and try to get a few results which always brings people back to their seats.

It is what it is at the moment and the only way that will change is if we can string a couple of results together. The mood within a week would change.

When we beat Tottenham, the mood was incredible, so we`ve got to keep bashing away, starting at Leicester.


Previous
Honda: Give me an offer Man Utd 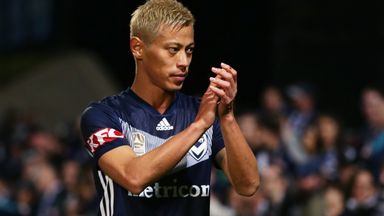 Solskjaer calls on United youngsters to ‘trust themselves’