Ref Watch: Manchester Utd vs Arsenal 2004 special - Would VAR have saved The Invincibles?

United ended Arsenal`s long unbeaten run back in October 2004 as goals from Van Nistelrooy and Wayne Rooney secured the points for Sir Alex Ferguson`s side against his old foe Arsene Wenger.

The Gunners had gone 49 league games unbeaten - a run stretching back to a 3-2 home defeat against Leeds in May 2003 - but it was ended in controversial fashion against the club`s fierce rivals.

VAR chief Mike Riley was the man in the middle that day, so how would the new technology have interpreted events on that famous afternoon amid the white-hot atmosphere at Old Trafford?

Dermot Gallagher runs the rule over the most contentious flashpoints...

INCIDENT: Ruud van Nistelrooy leaves his studs on Ashley Cole during the first half. The Dutchman does not win the ball, and the challenge takes place directly in front of the assistant referee, but goes unpunished.

DERMOT`S VERDICT: Red card. Manchester United should have been reduced to 10 men.

Team news, key stats and predictions ahead of Man Utd vs Arsenal in the Premier League.

DERMOT SAYS: He subsequently got a three-match ban for serious foul play, so I would suggest it should be a red card.

It wasn`t a nice tackle, but it`s gone unseen because Ashley Cole is the wrong side of Mike Riley. He`s blocked him off, but Van Nistelrooy has raked him down the front. It should have been a red card.

INCIDENT: Rio Ferdinand collides with Fredrik Ljungberg as the Swedish midfielder looked to run clean through on goal. Riley waved play on.

DERMOT SAYS: Is it a foul? That`s the key issue. Mike thought it was shoulder to shoulder, he thinks he`s used his body strength and barged him over.

They are side by side, so once he doesn`t give a foul, you play on. If you give a foul, it`s going to be a red card.

INCIDENT: The big one. Sol Campbell is penalised for a foul inside the box on Wayne Rooney with the score locked at 0-0. Riley has no hesitation, pointing to the spot to award United the chance to take the lead.

He thought Sol Campbell dangled a leg and Rooney`s gone over, but he hasn`t got that side-on view that we`ve got. It`s not a foul.

INCIDENT: Gary Neville scythes down Jose Antonio Reyes from behind in the first half as Arsenal look to break. Neville claims he won the ball.

DERMOT SAYS: It`s a foul but it`s not a red card. Anybody who suggests that`s a red card, even today with the game having changed and it`s easier to pick up red cards, is wrong.

That`s definitely not a sending off as he`s genuinely made an attempt to win the ball. It`s possibly a yellow card, but nothing more.

How to watch Man Utd vs Arsenal

Follow the action with our dedicated live blog. Highlights of the game will be published shortly after full-time on the Sky Sports website and app plus the Sky Sports Football YouTube channel. 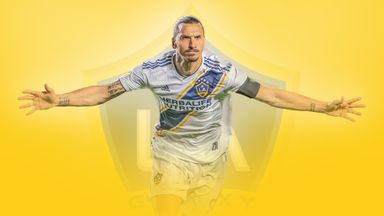