Bojan burst onto the scene at the Camp Nou in 2007, scoring 12 goals in all competitions in his debut campaign with the La Liga giants.

The winger broke Lionel Messi’s record to become Barcelona’s youngest ever player in the Spanish top flight at just 17 years and 19 days old, and was then handed the No.11 shirt for the 2008/09 season.

Barcelona won the treble that year as Bojan continued his progress, but he gradually fell out of favour and was sold to Roma in 2011.

Since then the Catalan has represented Milan, Ajax, Stoke, Mainz, Alaves and current club Montreal Impact without ever quite living up to the early hype.

And Bojan has warned Fati, Joao Felix and Vinicius Junior not to get ahead of themselves after some promising performances so far this season.

The 16-year-old Fati has scored two goals in his first five La Liga outings for Barcelona, while Felix has found the net three times since moving to Atletico Madrid from Benfica.

Vinicius made his breakthrough at Real Madrid last term and has featured in seven matches so far in 2019/20.

“I would tell Ansu Fati, Vinicius [Junior] and Joao Felix to enjoy football,” Bojan told Marca. I would tell them not to get carried away by this wave. They have to rely on a good environment and good friends.

I don`t know what parameters we use to measure the success and failure of people.  I believe that everyone has their own share of success, and I feel I have had a lot.”

Fati will hope to make his second Champions League appearance when Inter visit the Camp Nou on Wednesday.

Why Barcelona might appeal a €300 fine (yes, three hundred) for their Antoine Griezmann approach

Who would play every Premier League manager if they were cast in a Hollywood film? 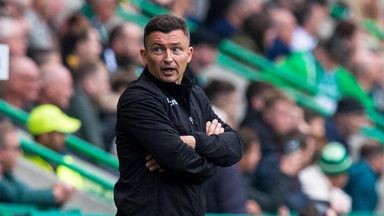 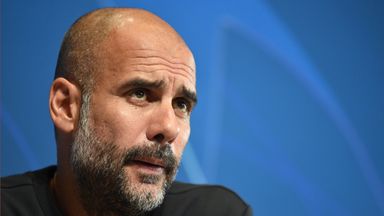 Ole: I wouldn't risk Pogba on this pitch
Back to news list