The South Korea international admitted this week that he wanted to leave White Hart Lane in 2016 after an injury-hit debut campaign in the Premier League.

Son was ultimately persuaded to stay put by Mauricio Pochettino and he has since gone on to establish himself as one of the best players in England’s top flight.

However, the former Bayer Leverkusen man has suggested that a move to Serie A side Napoli could appeal to Son in the future.

And Thies Bliemeister has even declared that he will seek to hold talks with the powers that be at the Stadio San Paolo in the coming months.

“I have never brought a player to Napoli, but I’d like too because [Diego] Maradona, my favourite player, played for them,” Bliemeister told Radio Marte.

“I haveve talked to Napoli in the past, with executives who are no longer at the club. I willl take advantage of this [Champions League] double-header with Salzburg to talk to them.

“As for Son at Napoli, why not? You can never say never in football. Son likes Italy, the food and Italian people. It is not easy to take him from Tottenham because he costs a lot but, one day, who knows?”

Son was one of Spurs’ standout performers last season, scoring 20 goals in all competitions as the north Londoners secured a top-four finish in the Premier League and finished as runners-up in the Champions League.

The 27-year-old has found the net three times so far this term, but Pochettino’s side are already 10 points adrift of league leaders Liverpool.

And Tottenham’s miserable recent run of form continued on Saturday afternoon, when they lost 3-0 to Brighton at the Amex Stadium. 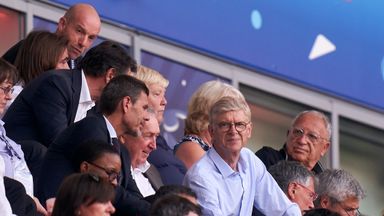 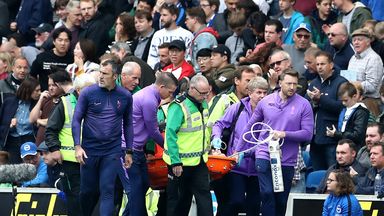