Manchester City's defensive problems could cost them their title

It was a bad day, said Pep Guardiola. They sometimes happen. The problem for Manchester City is that they cannot afford too many more of them. Guardiola`s side are already eight points behind Liverpool after eight games. It is the biggest advantage any team has ever had at this stage of a Premier League season. The pressure is on the champions.

The biggest concern for Manchester City supporters is not that Liverpool`s lead is insurmountable. It is that there is no guarantee there will not be a repeat of defeats like the one against Wolves on Sunday. The fear is that the problem is with the personnel. Relying on a centre-back partnership of Nicolas Otamendi and Fernandinho feels unsustainable.

Otamendi, in particular, was made to look foolish against Wolves. He had a warning early on with a stray pass and he was later twice put on his backside by Raul Jimenez. Given that Guardiola had previously admitted this partnership was problematic because of their age, it might have made for an obvious explanation for the result. The City coach disagreed.

It`s not just about the defensive side, he argued. They were quite good, he added when asked about his makeshift centre-back pairing. We suffered because we lost the possession in front of them in positions that we cannot lose it. No central defender can sustain these type of balls that we lose. It`s not about that. They were good.

He had a point about his side`s carelessness. It was Riyad Mahrez`s loose pass that allowed Wolves` speedy forwards to have a clear run on goal in the first half. It was Joao Cancelo at right-back who gave the ball away in the build-up to the opener, leading to a two-on-two situation. It was Rodri whose ill-judged dribble allowed Wolves to cap off their victory.

Two loose balls in our build-up, and when that happens it is impossible to defend these kind of situations, said Guardiola, referring in that instance to the first-half mistakes rather than the later opportunities that were punished. You have to be so organised and we were not. We lost balls in situations where it is very difficult to control.

There is a statistic that illustrates how extraordinary this loss of control was. According to Opta, City had not conceded a single Premier League goal from a fast break in their previous 59 games in the competition - by far the longest such run of any team. Adama Traore managed to find the net against them in this fashion twice inside a quarter of an hour.

Controlling the counter-attack has been a feature of Manchester City`s defensive excellence throughout their two title wins. It is this organisation that has allowed them to attack in numbers but still prevent the breaks, sustaining moves with a high line without giving up quality chances. It requires shrewd use of the full-backs and even shrewder fouling at times.

It is the reason why an unwell Kyle Walker was asked to start alongside Cancelo against Wolves with Oleksandr Zinchenko relegated to the bench. He made a great effort because we needed fast players because of the problems we have [going] backwards, said Guardiola. He might not have put it all on his centre-backs but he knew there was an issue.

He acknowledged that even in victory against Bournemouth. He has since seen his side let in three goals at Norwich and concede eight shots on target away to Everton - the most they have in any Premier League game in three years. Now Guardiola has witnessed Wolves open his team up with alarming ease too. So if it`s not just Otamendi then what has gone wrong?

Fernandinho`s move into the back line has had consequences in midfield. While new arrival Rodri has impressed with his passing, he is not providing the same protection that was there before. Fernandinho is a master of positioning himself to block the passing lanes and preventing the opposition finding the feet of their forwards. Rodri does not always do this.

As a result, teams are finding themselves in promising situations more often. Against Wolves, there was a sense throughout that they were just waiting for that chance. The first goal we lose the ball inside when they wait for us to lose it and run. The feeling all the time was that when we lose the ball they can run. So we have to control it better.

The underlying numbers reveal a new vulnerability to City`s defending. Perhaps surprisingly, the expected goals data that evaluates the quality of chances created against them suggests that they are less impressive defensively than in Guardiola`s first season let alone the two title-winning campaigns. Teams have twice as much chance of scoring against them now.

Of course, Wolves were also able to keep a clean sheet. Blaming Otamendi and the defence is only half the story when this game was goalless for 80 minutes. I think this was the game we created less than the other ones, said Guardiola. Indeed, it was the match in which his side created their lowest quality chances of any Premier League game this season.

Nuno Espirito Santo said afterwards that the plan was to run like crazy but defending deep and forcing City wide worked well for them too. Guardiola`s side attempted 29 crosses from open play. The only times they have flung the ball into the box more than that in the past two seasons was at home to Crystal Palace and away to Norwich. They lost all three.

Guardiola gave the theory short shrift himself, explaining that such numbers are normal when pushing for a goal but it does suggest there`s a template there to stop City producing their normal patterns. But on a day when they failed to score in front of their own fans for the first time in 17 months, it is the defensive issues that look like costing them dearly. 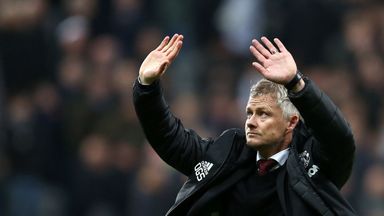 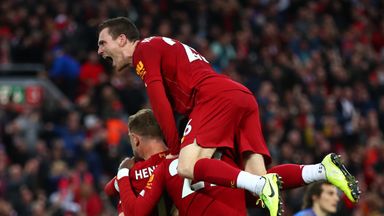 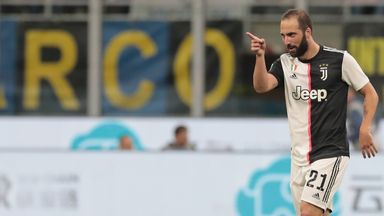 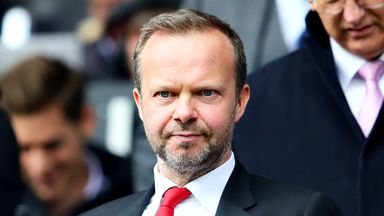 Nev: Board responsible for United form 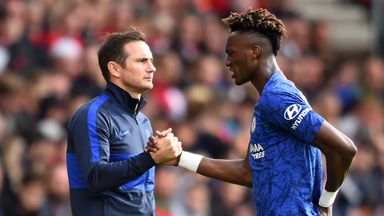