Potential jurors in the trial of Hillsborough match commander David Duckenfield have been asked their footballing allegiances.

The 75-year-old former police chief superintendent appeared in court as his retrial began in Preston Crown Court on Monday morning.

When the hearing started shortly after 11am, 100 potential jurors were brought into the courtroom, sitting in the jury box, public gallery and dock.

Judge Sir Peter Openshaw said: In this case the defendant, David Duckenfield, is charged with manslaughter arising out of the Hillsborough stadium disaster at the FA Cup semi-final between Liverpool and Nottingham Forest, played at Sheffield, on April 15, 1989.

I must find jurors who can properly and fairly try such a case.

The jury panel was given questionnaires made up of 19 questions to assess whether they were suitable to serve.

They were asked whether they, or any close relatives or friends, were supporters of Liverpool, Everton, Sheffield Wednesday or Nottingham Forest.

Duckenfield, wearing a grey suit, striped shirt and purple tie, sat in the well of the court during the hearing.

His wife Ann sat in court along with about 10 relatives of the 96 victims and 10 members of the press.

Other family members were able to watch proceedings via videolink at the Cunard building in Liverpool.

Potential jurors were asked whether they or family members had ever been employed by the police or by criminal agencies including the Crown Prosecution Service and the Independent Office for Police Conduct.

The questionnaire asked if they, or close relatives or friends, were at the stadium on the day of the disaster or had been involved in any Hillsborough campaign groups.

It also asked whether they had health problems or had any pre-booked holidays while the trial was due to sit.

A panel of 32 was selected from the 100 and the potential jurors told they would be sworn in on Tuesday morning.

The judge said: Tomorrow morning, by ballot at random, we will choose 14 of you to serve as a jury.

Court was adjourned until Tuesday.

Ninety-six men, women and children died as a result of the crush in pens at the Leppings Lane end of the Sheffield Wednesday ground at the match between Liverpool and Nottingham Forest on April 15, 1989.

Under the law at the time, there can be no prosecution for the death of the 96th victim, Tony Bland, as he died more than a year and a day after his injuries were caused. 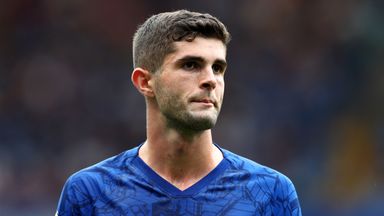