Manchester United winger Daniel James doubted he would make it as a professional footballer during a difficult period at Swansea City.

James secured a dream move to United earlier this summer after an impressive breakout season for Swansea in the Sky Bet Championship. 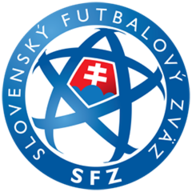 However, the 21-year-old admits he came close to quitting football earlier in his career, before having his confidence restored by former Swansea manager Graham Potter.

I think it was the down point in my career. I went to Shrewsbury on loan, I came back within a month and hadn`t played a game - injured and feeling sorry for myself really, said James.

I didn`t think I was going to make it as a footballer.

Obviously you had people behind you saying `You`ve got the chance`, but within myself - going on loan, not playing and coming back, I really didn`t think this was for me.

I think I had 10 games that season altogether, with injuries as well.

Coming back the next season was the same. I wanted to go back on loan but the gaffer who was there at the time - he`s at Brighton now - said to me `I feel like you`ve got a big chance to play here`.

Coming out of that meeting, obviously I was delighted but was he just saying that to be nice? He really put the confidence back into me to play.

James has already scored three goals in eight appearances in the Premier League since joining United but the winger admits he is still pinching himself over his move to the Red Devils.

I still don`t believe I`m a Manchester United player. Five years down the line I think I`ll be saying the same thing, he said.

You have to pinch yourself every night but you can`t let that get to you. Obviously you`re there for a reason, to do a job.

Going out at Old Trafford is a massive thing and I can`t let that pressure get to me.

James has been in equally impressive form for Wales, scoring two goals in his five appearances for the national side in 2019 - including the winner in last month`s friendly against Belarus.

Wales travel to face Slovakia on Thursday, live on Sky Sports, in qualifying for Euro 2020 before they host Croatia in Cardiff on Sunday.

Wales are currently fourth in Group E, four points behind leaders Croatia, and James admits they cannot afford to drop points in Slovakia if they are to secure a top two spot in the group.

We need a win if we want to have the best chance going into the last two games in this group, he said.

Obviously this week is very important. 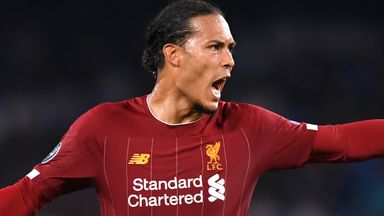 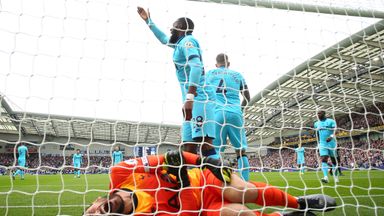 Lloris ruled out for Spurs until January