Paul Pogba has travelled to Dubai as he steps up his injury recovery in the hope he can return for Manchester United against Liverpool after the international break.

The France midfielder has posted an update on social media from the rooftop of the Transform Altitude Performance Centre in the city, where he is rehabbing the problem in his right foot.

Pogba has sat out the last two games as United`s season has gone from bad to worse with a dour Europa League draw at AZ Alkmaar and another Premier League defeat, this time away to Newcastle on Sunday.

Posting from the rooftop of the Dubai facility, Pogba said: They say hard work pay off what about hard work in the heat ? Let`s see. Loving the view though.

The 26-year-old has reportedly taken a personal trainer with him to the United Arab Emirates and will stay in the Middle East for the rest of this week before returning to Carrington next week following the upcoming international fixtures.

United boss Ole Gunnar Solskjaer retains the support of the the club`s hierarchy, who will give him time and funds to turn things around, Sky Sports News understands.

But newspaper reports on Tuesday claim Solskjaer fears his days at the helm could be over if they lose heavily to rivals Liverpool at Old Trafford on October 20, live on Sky Sports Super Sunday, with Pogba not assured to take part. 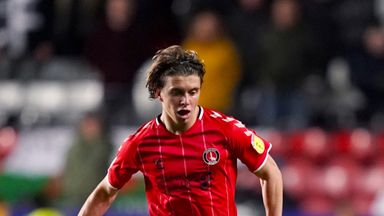 Gallagher receives England U21 call-up
Back to news list