In the latest edition of Off Script, Gary Neville explains how his upbringing in a sporting family and his band of brothers at Manchester United laid both professional and emotional foundations for success in football.

There were some players with god-given talents, but that didn`t apply to my brother and I. But we were supported enormously and born into a sporting family. I think about my mum, who even now, I`m ashamed to say, takes my two daughters to netball every Monday and Thursday. I may have been busy at work or tired from travelling but she takes them every single time without fail.

She is there all the time, just as she and my dad were when I was younger. They took me, my brother and my sister everywhere to play netball, cricket and football. The hours they put in was unbelievable. We were surrounded by sport, we practised it, we loved it and we worked hard.

With a good work ethic and passion for sport, we developed enough talent to play football at a high level, but we weren`t born with it. We weren`t gracing the fields of Bury or anything like that, there weren`t people coming to watch us train on a Monday night thinking that we were going to be big.

I was a central midfield player at Manchester United as a 12, 13, 14-year-old. Then David Beckham, Nicky Butt and Paul Scholes joined and all of a sudden, I was a right-back. I thought `oh dear, I`ve got a bit of a problem here because there are some talented players that are a different level of talent than I am`.

They joined the club and I thought I better find a new position. The club moved me to centre-back initially and then because of my height, and Steve Bruce and Gary Pallister in the first team, they moved me to right-back because Paul Parker had been picking up some injuries. So I had to adapt over years and, to be honest, beggars cannot be choosers, so I was happy wherever I was as long as I was in the team.

When we were growing it was a case of pushing each other all of the time; Phil was pushing me, and I was pushing him. Then when we got to United, he was breaking into the first team at a similar time to me. People may or may not remember that it got quite competitive for a period.

In the 1995/96 Double-winning winning team, the one where Eric Cantona scored that winning goal against Liverpool in the FA Cup final, Phil played in that team and I was on the bench. He also played in the last few games of the title-winning season. That was painful.

But then a week later with England ahead of Euro 96, Terry Venables picked me. Phil got an illness around that time and was out for a period, and that was when I established myself and played more. But, generally, it was a time when we were pushing each other all of the time.

The main thing for me around that time was that the support was great. It wasn`t just Phil, we had about six brothers; me, Phil, Giggsy, Scholesy, Becks and Butty. We were inseparable, we were in each other`s rooms all of the time. There was always one or two of us left out of the team so you would always make sure no one got too down, you always knew when the others were suffering.

When Phil got left out of the squad for France 98 it was complete and utter devastation, and Nicky, Scholesy and I shared a room together after Phil flew back with Gazza. We suffered with them because we didn`t want them to leave. But it was good in the sense that we were there for each other.

We are a lot more aware of mental health now than we were 20 years ago. That`s not to say that we were down, but we would pull each other through and that is what is important. For the Longstaff brothers at Newcastle it will be good for them to have each other because they will suffer injuries, the disappointment of being left out, sometimes elation and then they will need to bring each other back down to earth. That`s the support you can give each other not only brothers but as team-mates as well.

After former world snooker champion Neil Robertson was forced to forfeit his place in a World Open qualifier due to driving to Barnsley in Gloucestershire instead of the Barnsley in Yorkshire, Neville reflects on some close calls with the satnav and the hours he spent at a snooker club in Salford…

I tell you what I have done once, I put Newcastle into the satnav and started going towards the one in Staffordshire, Newcastle-under-Lyme. I worked it out quite quickly and didn`t carry on going in that direction, I had enough about me to work out that I was going the wrong way down the M62. To be fair to Neil Robertson, I didn`t know there were two Barnsleys, but I do know that Barnsley is in Yorkshire and not Gloucestershire.

Speaking of snooker, it`s a game I used to watch all of the time growing up. I used to like the thrill players; Alex Higgins, Jimmy White. I was never in the Steve Davis, Stephen Hendry camp, but as I got older, I respected them more when I understood the excellence of them both.

Me, Becks, John O`Kane, my brother, Chris Casper, Ben Thornley used to go to Salford Snooker three or four times a week after training. You talk about building spirit in a football club, well we`d go to Salford Snooker and play doubles against each other and have an incredible two or three hours, have a little bet and that would build the spirit.

So there`s a little snooker story for you, one where we did go to the right snooker club and not end up in Barnsley or wherever. 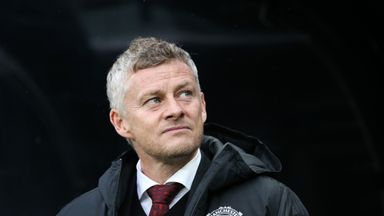 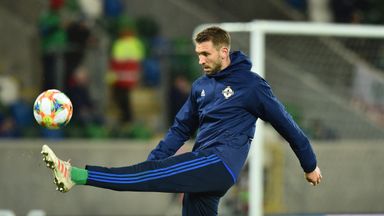 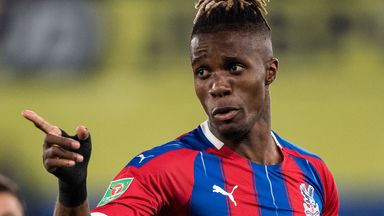