Liverpool are already too far ahead of their Premier League rivals to be caught this season, according to former Reds goalkeeper Chris Kirkland.

Jurgen Klopp`s side moved eight points clear of Manchester City last weekend after the defending champions suffered a shock defeat to Wolves at the Etihad.

Liverpool held a seven-point lead over City midway through last season before losing the title by a single point on the final day of the campaign.

However, Kirkland believes his former club are too far ahead this season to allow City another memorable comeback.

When asked if the Premier League title is on its way to Anfield, Kirkland said: I honestly do think it is.

Last year was so unlucky. People say losing by one point was devastating, I would rather have lost by one point than be 15, 16 points behind City still.

I think with City`s injury problems they`ve got at the back, [Aymeric] Laporte is a huge miss, Vincent Kompany is a massive miss for them. At the back you can get at them.

When we play them, if we can take points off them then all of a sudden you`re talking double figures. Can you see us losing four or five games this season? Not the way we`re playing.

Liverpool have won all eight of their league games this season and now have the chance to break the Premier League record of 18 consecutive wins, set by Manchester City in 2017.

The Reds can match City`s record if they beat bitter rivals Manchester United at OId Trafford on October 20, live on Sky Sports.

What a place to do it. You wouldn`t put it past them, added Kirkland.

Manchester United are going through a tough spell but Ole [Gunnar Solskjaer] will make sure they`re up for that game.

The fans know what that means but I expect us to go there and get a result, I just don`t think they can stop us.

The way we go forward, the way we defend, we`re solid all over the pitch. I think we`ll get the three points. 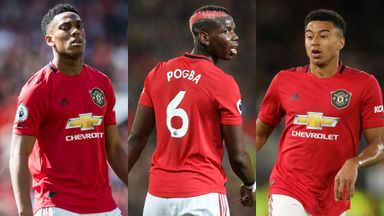