This time last season a visit to Crystal Palace would have seemed routine for Manchester City, who led the Premier League after eight games as their opponents languished in the bottom half.

Fast-forward a year and Palace know another addition to their collection of recent big-six scalps will see them overtake the champions, with Pep Guardiola needing to generate a response from his side after a shock 2-0 defeat at home to Wolves before the international break.

Being beaten by Wolves and before that Norwich has left City eight points off leaders Liverpool, while the Eagles` impressive run has seen them soar above the likes of Spurs and into sixth.

Roy Hodgson has seen his team take 13 points from their last six league games, one more than City, and a fifth win of the season could see them climb as high as second.

That impressive run has come despite them scoring just eight goals in their eight games so far - City scored that many in a single match when they thumped Watford at the Etihad last month.

But despite the loss of Aaron Wan-Bissaka to Manchester United, Palace have also only conceded eight goals - and half of those came in a single game when they went down 4-0 at Spurs.

Palace have two wins from three in the Premier League since then, including a dramatic 2-1 win at West Ham last time out thanks to a late intervention from VAR.

That said, Hodgson would be wise to note the timing of the 8-0 demolition City inflicted on Watford, as it came straight after the champions were beaten 3-2 at Norwich.

The Palace manager will be hoping City don`t take out their frustration over another shock defeat in similar fashion, as Guardiola looks to shake the champions back into form ahead of a crucial clash with league-leaders Liverpool in just a few weeks` time.

Time for Pep to turn to `indispensable` Foden

Guardiola can`t stop singing the virtues of Phil Foden, but the England youngster has played just 10 minutes of Premier League football so far this season.

There are 88 teenagers with more minutes than the 19-year-old across the top five European leagues, even though his manager has described him as indispensable to City and that even 500m euros (£450m) would not be enough to prize him away from the Etihad.

The Spaniard has tipped Foden to be an important player for the club for the next decade and sees him as the natural heir to David Silva, who brings the curtain down on his 10-year stay at City at the end of the season.

With City looking for something to spark their season back into life after falling off the pace in the title race, it could finally be time for Guardiola to act on his words and hand Foden - who is on the shortlist for the 2019 European Golden Boy award - a starting berth.

He was in sparkling form for England U21s against Austria on Tuesday night, running the midfield and helping his side to a 5-0 win that put the Young Lions top of their Euro 2021 qualifying group.

Midfield balance has been a problem for City since injury claimed Aymeric Laporte, with Guardiola forced to move the influential Fernandinho into the back four

With Rodri, Gundogan and even Silva having struggled to exert themselves in their recent defeats, the exciting Foden may see this as the ideal time to stake his claim.

Palace should be brave against City`s porous defence

Injuries at the back and in midfield appear to have had a devastating impact on City`s defensive record, with the deputies in the back four failing to convince so far this campaign.

John Stones struggled to take advantage of the injury to Laporte before picking up a knock of his own, and partner Nicolas Otamendi has also been error-prone.

Having failed to replace Vincent Kompany in the summer, the current City centre-back pairing consists of Otamendi and a repurposed Fernandinho.

According to Opta, City boasted an impressive expected goals against stat of 0.66 per game last season - and in 2019/20 it currently stands at 1.21.

Prior to Laporte`s injury, City had conceded just three in four games.

But the expected goals against numbers have been a concern all season - standing at 4.27 in the first four games and 5.41 in the last four.

Following a 3-1 win at Bournemouth in August, a game in which Laporte played the full 90 minutes, a concerned Guardiola admitted his team needed to improve defensively.

Bournemouth managed 10 shots against the champions, seven of which were on target, and Guardiola said it was the quality of his attacking players that made the difference.

If Palace can stifle the City midfield as Wolves did and stop supply to the likes of Aguero and Sterling, they will fancy their chances.

Soaring Eagles can compete against the big boys

Only three teams have earned more points in the Premier League this calendar year than Palace, who have 44 points from 26 games.

That puts them above Chelsea, Manchester United and Spurs.

They have claimed some impressive scalps against the big six in that time, including their first ever win against Manchester United in the Premier League era back in August. 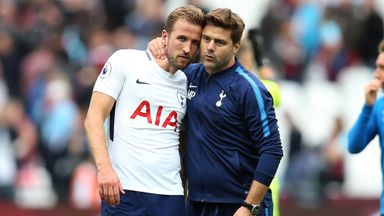 Poor record against Manchester United not significant for Klopp 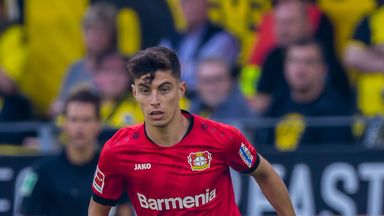