Chelsea moved into the Premier League top four as Marcos Alonso`s late strike gave them a 1-0 win over Newcastle at Stamford Bridge.

Chelsea finally broke down a stubborn Toon as Alonso (73) struck a fierce low effort after being fed by Callum Hudson-Odoi on the left of the box, though Newcastle felt they should have been awarded a foul on Joelinton in the build up.

The first half lacked any clear-cut chances as Chelsea struggled to break down a Newcastle side intent on playing on the counter, while in the second Tammy Abraham had three clear chances to score, either side of Alonso`s winner.

The result means Chelsea move into the top four with their fifth straight win in all competitions, while Newcastle fall into the bottom three.

Man of the match: Callum Hudson-Odoi

How Chelsea finally found a way

Though the first half was not short on action in each final third, clear opportunities were hard to come by. Newcastle used their pace in Joelinton, Allan Saint-Maximin and Miguel Almiron to create a few issues for Chelsea, but Kepa Arrizabalaga had no shots to save as the visitors registered just 30 per cent possession.

Chelsea came closest through Willian`s header wide and Mason Mount`s turn and shot, saved by Martin Dubravka, but it said it all that the first-half highlight came in the shape of referee Andre Marriner falling over after being hit on the head with the ball.

Ross Barkley was brought off with a knock having been struggling from the early minutes, replaced by Mateo Kovacic before the break, and Chelsea stepped things up thereafter.

Abraham hit the bar with a fine header from Willian`s corner, and then headed over from a similar situation moments later as Newcastle retreated further.

It was the introduction of Christian Pulisic which caused Newcastle the most problems, and he would have scored moments after his introduction but for Dubravka`s heroic stop at his feet from point-blank range.

The only change for Chelsea saw Ross Barkley come in for the injured N`Golo Kante, with Callum Hudson-Odoi starting again on the wing.

Marc Guehi, the 19-year-old Ivorian centre-back, was on the bench for just the second time in the Premier League this season.

Newcastle were unchanged from their 1-0 win over Man Utd a fortnight ago; the Longstaff brothers started in central midfield together again.

The American was involved in the winner, however, as former Sunderland defender Alonso got revenge on the Newcastle fans who had been jeering him all game. Driving through midfield, Pulisic squared for the similarly impressive Hudson-Odoi to feed Alonso, and the Spaniard`s first-time drive found the far corner despite Dubravka getting a touch.

Newcastle boss Steve Bruce, however, felt Joelinton was `blatantly` fouled by Jorginho in the build-up to the goal, saying after the game: I thought it was a foul and we never really got possession of the ball back after that. It`s a blatant foul for me.

Abraham someone left without the goal he deserved as DeAndre Yedlin made a fantastic last-ditch block when the Chelsea striker had an open goal, but despite some late pressure from Newcastle, Chelsea got the points they deserved.

After five straight wins, and some experience of breaking down stubborn sides at Stamford Bridge, Chelsea will fancy themselves for a top-four finish as they start to find their feet under Frank Lampard.

What the managers said

Chelsea boss Frank Lampard: We feel like we`re a good team in good form, and show it. It`s not easy for anybody to break down 10 players, well organised and willing to work as they were. We had to work at it, and we were ready to take the spaces as they opened up.

I`m delighted. It was a tough match today. You can see why they`ve got a couple of big results already this year already, in the way they set up, so it`s a big three points for us.

Newcastle boss Steve Bruce: Eight points from the first nine is not breathtakingly good, but considering the games we`ve had, who we`ve played, we`ll move on from there.

We had a few opportunities where we just missed a pass in the final bit, and that`s where we`ve got to improve on. We`ve had a tough start. After nine games, we`ve played against the top six. It`s been relentless in that respect, but there were a lot of positives today. 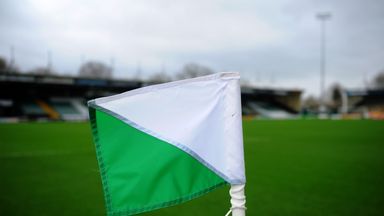 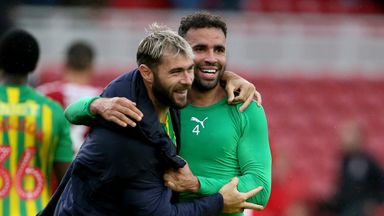 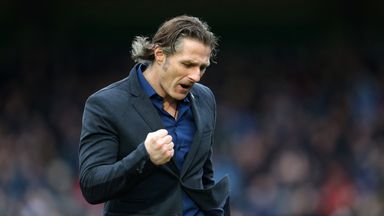 No Sunday off for Reading players despite late win over Preston

Ralph Hasenhuttl: It was about time Southampton proved a point
Back to news list