Marco Silva: VAR needs to be fair for both sides

Marco Silva says VAR needs to be fair for both sides after Brighton were awarded a late penalty but Everton were not earlier in the game, saying he did not understand the two different decisions.

Everton looked to be on course for back-to-back wins in the Premier League, having come from behind to lead 2-1 and playing well.

But VAR awarded Brighton a spot-kick in controversial circumstances, with Michael Keane catching Aaron Connolly on the back of the ankle to send him over before Neal Maupay converted the penalty to make it 2-2. Lucas Digne`s 94th-minute own goal eventually gifted Brighton a 3-2 win.

The result has ramped up the pressure on Silva, who insists that Everton should also have been awarded a penalty in the 55th minute after Richarlison was pulled down in the area by Martin Montoya.

He said: We did well until 75 or 80 minutes and we were in the game and then came one decision. VAR has to be the same for both sides. I`m 100 per cent sure that if they always do the same, we`d see 20 penalties each week in the Premier League.

If they see that penalty, they have to see the one on Richarlison because it is a clear penalty. We have to accept the decision of the referee and respect it but if you ask me about the moments, I have to talk about them.

It is difficult for them [the match officials] to give explanations, firstly because they didn`t see. The information the referee gave to Michael [Keane] and Jordan [Pickford] was that it was nothing, play on. What explanations can they give, they saw one touch in the feet when the ball was out, it wasn`t even for Michael or Connolly.

It is important for us to understand because I think VAR is a good thing in football but we have to understand what way the VAR is going. They are here to help the referee for sure but why before did they not see the penalty on Richarlison?

After the penalty, we should have controlled the game differently because we cannot concede in the 94th minute on the counter-attack playing away from home. But that decision and why that decision happened is really difficult for us to understand.

Everton have now lost five of their last six Premier League games and are just two points outside the relegation places, but Silva could not fault the efforts of his players.

He added: It is a big frustration for us that we lost the game. We showed on the pitch that we are able to win the football match, even if we started the game by conceding a goal, we showed we should do different and better in that moment.

Our players made a big effort, we changed the game, changed the score and drew the first half. The game was tough for both teams, tactically in moments as well, but they were thinking to win the game and we did the same.

Potter: Togetherness and spirit was amazing

It was an opposite story for delighted Brighton manager, Graham Potter, who did admit his side have played better but was pleased with an important three points.

He told Sky Sports: It was incredible, a great experience. We weren`t at our best today, we`ve played better than that but I`m delighted for the three points, they`re not so easy to come by in this league so we`re ecstatic. The togetherness and spirit was amazing.

I think we`ll see a lot of it over the season [controversial VAR calls]. I thought Everton did well in the game, they pressed well, they were compact, hard to play through and made it difficult for us and you can see their quality. We had to dig deep and then you just need a moment, that`s how the league is, to excite the crowd and change the atmosphere in the game and we managed to do that.

We`ve been on the end of a VAR decision that hasn`t gone our way and I`m sure it won`t be the last time we`ll get something but that`s just how it`s going to be. 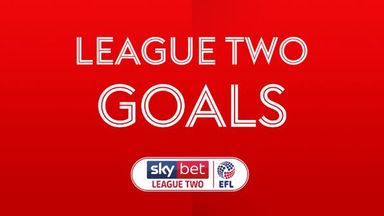 Silva: VAR needs to be fair 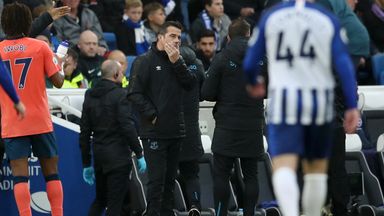 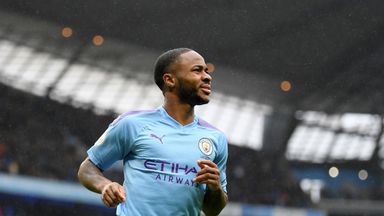 Sterling is Man City's leader now
Back to news list