Aurier and Rose both struggled to deal with opposite numbers Trent Alexander-Arnold and Andy Robertson at Anfield, while Aurier gave away a penalty for a foul on Sadio Mane which led to Mo Salah scoring the winning goal from the spot.

After the game, Keane told Sky Sports: The two Tottenham full-backs were dreadful. Dumb and Dumber, I`d call them. I thought they were really poor. You can`t compare them to Liverpool, the two lads who are absolutely fantastic.

Particularly going forward, okay defensively there`s parts of the games they can improve on, but going forward they`re absolutely fantastic.

Gary Neville agreed that both defenders had underperformed against the league leaders, but pointed to a lack of support from Christian Eriksen and Heung-Min Son in midfield, which had often left the full-backs two-on-one when out of possession.

I didn`t think they were helped by the narrowness, he said. Eriksen and Son in those wide areas - Son did it a lot better than Eriksen.

Eriksen didn`t want to be there, so it just opened up the pass all the way and they were exposed.

`Alexander-Arnold can be world-class`

Neville had a word of encouragement for Liverpool`s Alexander-Arnold, however, despite overlooking him for the man of the match award owing to several defensive mistakes, and said the 21-year-old can become world-class if he irons out the errors in his game.

Liverpool`s full-backs are quite simply sensational, Neville added. Trent Alexander-Arnold is amazing. From the moment I laid eyes on him in that first game at Old Trafford his temperament was amazing. To be thrown in during that game, he was outstanding from minute one.

But now, he`s getting to a point where he`s one of the best full-backs I`ve ever seen going forward - his passing is unbelievable. But the three Tottenham chances today, the Son one where he hits the bar he should`ve been nearer, the goal he should`ve stopped him coming inside, and the Rose one at the end, he got caught and dived in.

He`s got to become as serious about his defending as he is about his attacking, and you`ve got a world-class full-back there

Today, Tottenham could have scored two or three and he could`ve been sat on a losing team or a team that drew because of his defensive play. If he looks at that, it`s an epitome of what his game is.

Former Liverpool midfielder Graeme Souness said both Liverpool full-backs had the potential to exceed the talent he had seen in his days as a player at Anfield - when he won five First Division titles and three European Cups.

He said: Trent`s five years younger than Andy Robertson, he`s not the finished article when it comes to defending, but has he learned in the last couple of years that part of his game?

Maybe it`s because he spends so much time on the front foot. They`ve got such good players around him, that he`s not asked to do much at the other end, but it will cost them at times.

That`s a part of the game you can learn, the easiest part. What`s he`s got in abundance is athleticism, and he`s got a wand of a right foot. He can whip the balls in when he gets into the attacking half. He`s a very special player, who will only get better.

Ole: Pogba to return in December 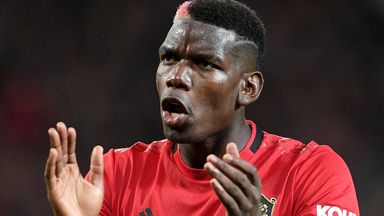 Pep: I wish we had Laporte back 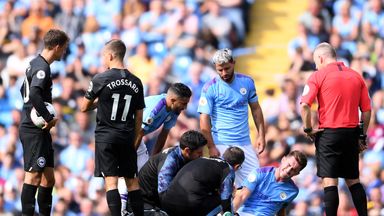 Pulisic admits relief at getting off the mark for Chelsea