How do I become a VAR?

How do I get involved?

There are currently 22 officials who are trained to use video technology. VARs are based at Stockley Park, near Heathrow airport, and are listed as match officials for each game. The Premier League is not looking to bring in any further VARs this season and simply rotate between the current pool.

I`m good at playing FIFA online, does that help?

Sadly not. The Premier League insist all their officials go through a rigorous process. The International Football Association Board (IFAB), who control the laws of the game worldwide, insist that VARs must be current or former top-level match officials.

VARs are supported by Replay Operators, who manage the footage from the 20+ cameras at a live Premier League match. They are employed by Hawk-Eye, one of the leading innovators in sports technology. Hawk-Eye covers around 20,000 games or events across more than 500 stadiums in over 90 countries.

Premier League VARs have had to go through an intensive two-year training programme to get to the stage where they sit in the chair. This involves classroom-based training on the VAR Protocol, numerous on-pitch simulated practice sessions and a rigorous programme of live match testing as both referee and VAR.

Surely, I need to have refereed a Premier League game?

No. Jarred Gillett, for instance, was in the VAR hot seat for Arsenal`s hotly-disputed draw against Crystal Palace on Sunday but he has never officiated a game in England`s top league. He has only been involved in nine EFL games.

But Gillett does have considerable experience in Australia`s A-League and was named as their Referee of the Year on several occasions. Jarred was also on the FIFA VAR panel, who FIFA use in their major tournaments. He became a Select Group 2 referee in England this season.

In 2017, the A-League became the first top-level domestic football league in the world to implement VAR - and Gillett`s experience will have been one of the main reasons he got the job as a VAR in the Premier League.

What are the main skills?

VAR`s need to be cool under pressure, and able to articulate clear and concise information to the on-field match officials. They`re not under time pressure, but a quick decision should minimise the reduce of further antagonising players, managers and fans.

Are the hours flexible?

Yes. When VAR officials are not at Stockley Park for a match, they are training, or officiating on the pitch. They also meet as a group regularly throughout the season.

VARs have power, don`t they?

The ultimate decision lies with the referee on the pitch. They make the final decision. VARs are used to assist in the event of any `clear and obvious` errors in four match-changing situations. Well, that`s the theory.

VARs have overturned 26 decisions in the first 100 Premier League games, and checked more than 600 incidents. The PGMOL are understood to be broadly happy with how it has been introduced.

Ultimately, the clubs will have the final say on how VAR is used in their competition. The next meeting is due in mid-November and the PGMOL will give their latest review, including the mistakes made.

Remind me, who are the PGMOL?

If you`re not one of the 17 full-time professional top-tier referees, all VARs indirectly work for the Professional Game Match Officials Limited (PGMOL). Formed in 2001, it was created to improve refereeing standards and officials work across the Premier League, English Football League (EFL) and Football Association (FA).

The training, development and mentoring of 110 referees and 175 assistant referees is run by PGMOL managing director Mike Riley, a former top referee.

It depends who you ask. You will need a thick skin, and best to avoid social media immediately after a match!

Managers and players accept decisions will go for and against them. Fans just want consistency. VAR, as a concept, has won much praise but it is judged by the officials who use it. 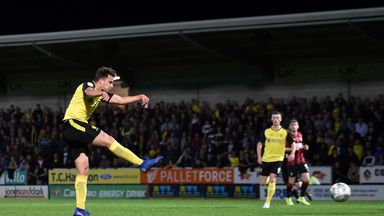 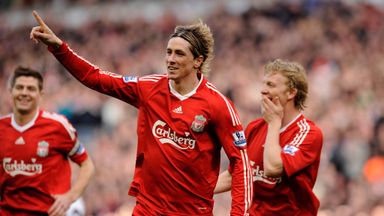