All the team news and key stats as the Carabao Cup returns this week with five fourth-round ties taking place on Tuesday night.

Manchester City manager Pep Guardiola will have at least one change enforced upon him with Fernandinho suspended following his late red card in the 3-0 win over Aston Villa, but he was already expected to bring in a number of youngsters and fringe players.

Teenage defenders Eric Garcia and Taylor Harwood-Bellis could get their chance given City`s shortages at the back, while Angelino will hope to start at left-back after coming off the bench on Saturday.

With Rodri sidelined as well as Fernandinho, Guardiola will have to decide whether to retain Ilkay Gundogan in midfield or rest the Germany international.

Southampton boss Ralph Hassenhuttl took full responsibility for his side`s 9-0 thrashing at home to Leicester last Friday - and he must now decide whether to ring the changes for the daunting trip to the Etihad Stadium.

Left-back Ryan Bertrand begins a three-match ban following his sending off against Leicester, while full-back Cedric Soares (calf) and winger Moussa Djenepo (hip/thigh) are not expected to return.

Burton have been boosted by the return of first-team players to training following injury.

Stephen Quinn, John Brayford and Oliver Sarkic all came back into the starting line-up in the 0-0 draw against Blackpool, while David Templeton came off the bench and Jake Buxton was also amongst the substitutes.

Leicester manager Brendan Rodgers is expected to make changes to his team following the 9-0 win over Southampton, with Wes Morgan, Marc Albrighton and Demarai Gray all likely to be drafted in having missed out on featuring at St Mary`s.

Goalkeeper Danny Ward played against Luton in the previous round and the 26-year-old is expected to replace Kasper Schmeichel in goal once again against Burton.

Dennis Praet and Kelechi Iheanacho will be hopeful of a recall, while James Justin is expected to start again after scoring against his former club at Kenilworth Road.

Crawley beat Colchester in their league match on October 12, but have not won since and lost 4-0 at home to Swindon on Saturday.

Manager Gabriele Cioffi is expecting a response from his side, who put out Championship club Stoke in the last round after a penalty shoot-out and also beat Premier League team Norwich earlier in the competition.

Cioffi is set to name a strong team, but the Italian could make several changes following the 4-0 defeat to Swindown at the weekend.

Both Tarryn Allarakhia and Gyliano van Velzen could feature, having played the majority of the second half on Saturday.

Following the 3-1 win over Newport County, Colchester boss John McGreal could name the same starting line-up at the Broadfield Stadium.

After knocking out Premier League side Tottenham on penalties in the last round, expectation has grown that McGreal`s men can utilise an unexpected cup run opportunity.

Everton will be without midfielder Bernard after he suffered a serious injury in the 3-2 defeat at Brighton on Saturday.

Scans have shown the Brazilian winger suffered ligament damage to his right knee against the Seagulls and will be unavailable for the foreseeable future.

Centre-back Yerry Mina could return to contention after missing out at the weekend with a minor knee issue.

Dominic Calvert-Lewin is pushing for a recall to the starting line-up after coming off the bench to score against the Seagulls.

Watford head coach Quique Sanchez Flores could be tempted to use players from the U23 side for the trip to Goodison Park.

The Hornets are without the injured Tom Cleverley, Danny Welbeck, Troy Deeney, Etienne Capoue, Ismaila Sarr and Isaac Success for the game on Merseyside, with Chelsea visiting Vicarage Road on Saturday.

It`s clear for me we must use this competition to use other players, he said at his press conference.


Previous
Keita: Klopp does not have favourites 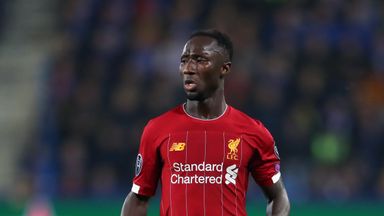 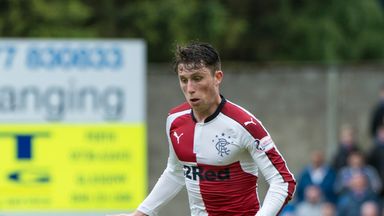 Stoichkov apologised to Sterling over racism 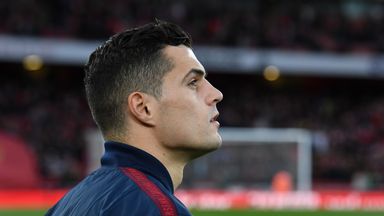 Nicholas: Xhaka has no Arsenal future
Back to news list