Andre Gomes has undergone surgery to repair a fracture dislocation to his right ankle sustained during Sunday’s match with Tottenham.

Everton say the procedure went extremely well and the midfielder is expected to make a full recovery.

Gomes will continue his recovery in hospital before stepping up his rehabilitation at Everton`s Finch Farm training ground.

Everton said in a statement: On behalf of Andre, the club would like to thank all Everton supporters and members of the wider football family for the overwhelming messages of support we have received since yesterday`s match.

Gomes was injured 79 minutes into Everton`s 1-1 draw with Tottenham at Goodison Park after he collided with Heung-Min Son and was propelled into Spurs full-back Serge Aurier.

After some initial confusion, Son was sent off for his challenge on Gomes once the extent of the midfielder`s injury became clear.

Son was visibly distraught upon realising the severity of Gomes` injury, and was comforted by Everton captain Seamus Coleman in the Spurs dressing room after the game.

The Professional Game Match Officials Board has since told Sky Sports News that despite Atkinson initially removing a yellow card from his pocket, it was never shown to Son.

As the dismissal was for a straight red card, Tottenham are free to appeal Son`s red card, unlike in a situation where a player is dismissed for receiving two yellow cards.

Louis Saha, who broke his leg while playing for Everton, said during Sunday`s coverage: It was a horrific memory. It is not something you really expect to come back from quickly because you have a memory always coming back.

It`s a moment where you need your family around you, you need your team-mates sending you messages and making sure you feel supported because it is very tough. 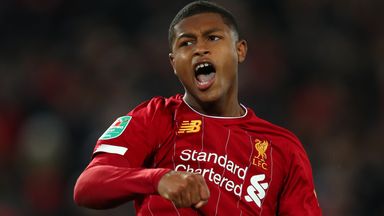 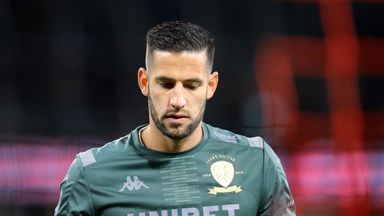