Frank Lampard declared Chelsea`s epic 4-4 draw with Ajax as one of the maddest nights of his career.

Lampard`s men roared back from 4-1 down and were denied a late winner by VAR in a game that had everything, including two own goals, two red cards and almost a dramatic late goal for nine-man Ajax.

When asked if this was his maddest night in football, Lampard said: I don`t know. It`s hard to put it in perspective. It`s one to watch back. I had some mad nights over the years and some great nights but for everything that it was, the spectacle that it was, it`s certainly right up there.

Today was just a mad one. I don`t think there`s too many I can even compare it to from my day, he said.

I know we had 4-4s with Liverpool and some crazy games, but the red cards and the VAR as well. The VAR is obviously a new animal and we`re getting used to that. I`m not the only manager who`s talking about it every week. I can`t give you any dissection [of those decisions] today because firstly I need to watch it back with a calm head and secondly when you`re on the sideline it`s very difficult to grasp it straight away.

Take VAR out of it and the red card and what I think about is us, and the spirit that we showed.

The character was something that I loved and I think our fans loved. We need to tighten up for sure but with that spirit we can go places.

In the other tie in Chelsea`s group, Valencia beat Lille 4-1. That means Chelsea, Ajax and Valencia all have seven points with two group games remaining.

Chelsea`s next tie is away to Valencia before they host Lille in their final group stage game and Lampard admits it`s going to be a difficult task to qualify.

He said: It`s tough. I think this group was always going to be quite tight because there was a feeling the teams could take points off each other. But we`re in it. We`ve certainly got a lot of work to do and we must focus on that.

I felt today that we could have won the game. The performances we put on in Lille and in Ajax in terms of travelling in Europe which is always difficult to do, should give us confidence.

`Decisions went against us`

Ajax manager Erik Ten Hag said: I`m very disappointed. I think we could have had four points from our two games against Chelsea but we only have one.

Some decisions went against us, but we played magnificently. One moment everything changed.

First Daley Blind, then [Joel] Veltman [were sent off], and a penalty, I felt we got punished many times. 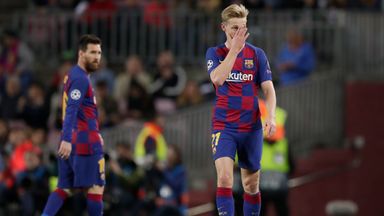 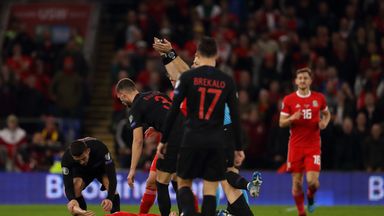 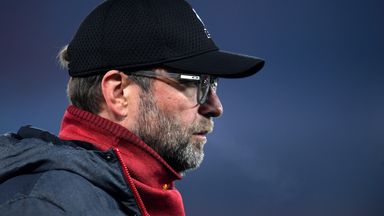