Manchester City finished with Kyle Walker in goal as they drew 1-1 away to Atalanta in the Champions League.

Ederson was substituted at half-time with a muscular injury and his replacement Claudio Bravo was red-carded with nine minutes remaining.

A second man has pleaded guilty to the attempted robbery of Mesut Ozil and Sead Kolasinac.

Jordan Northover admitted trying to steal watches from the footballers.

Former England captain Chris Robshaw says Saracens have taken rugby to a dark place after they were charged with breaching salary cap regulations. Saracens are appealing a 35-point deduction and a fine of over £5m.

And Nicola Adams is retiring from boxing at the age of 37. She won two Olympic flyweight golds and became world champion in 2016. Nicholas: 'Leicester could blow Arsenal away' 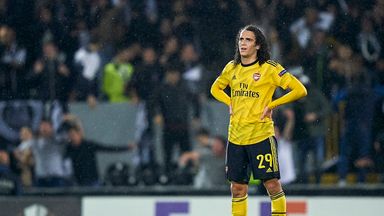