The Football Association of Wales is to create a centre of excellence at the Vale Resort in the Vale of Glamorgan.

The deal will see the FAW take over the ‘Vale Pavilion’ from Guinness PRO14 side Cardiff Blues, while the governing body will also now leave its Cardiff offices to be headquartered at the complex.

Sky Bet Championship club Cardiff, meanwhile, will continue to use the facility as tenants.

Work on the centre of excellence is expected to take eight months, with the FAW hoping to move in by next summer.

The new facility will give Wales’ senior squads access to a private gym, medical rooms, changing facilities and player lounges, as well as two full-size ‘Desso’ grass-hybrid training pitches, similar to that laid at the Cardiff City Stadium.

“Over what has been an incredibly exciting time for Welsh football and the national sides, the Football Association of Wales’ workforce has grown in numbers to meet the requirements of a contemporary football association,” said FAW chief executive Jonathan Ford.

“The FAW has modernised to the extent that it needs office space to reflect that in addition to a more modern way of working, which the new FAW Headquarter offices at the Vale Resort will allow.

“We, at the FAW, are very excited for our staff, senior national squads and coaches to be housed at the renowned sporting facilities.”

The Vale Resort regularly hosts the Welsh national rugby team and was also the training base for the British and Irish Lions ahead of their 2013 and 2017 tours, while Juventus were based there ahead of the 2017 Champions League final in Cardiff. 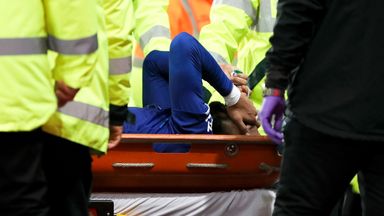 Silva: Gomes could return this season