Pep Guardiola is open to the prospect of managing in Italy after his time with Manchester City is finished.

When the City boss` contract expires at the end of next season he would have been in Manchester for four years.

Guardiola has always insisted he is happy at the club and is not thinking about his next move.

The Spaniard played for one season in Serie A with Brescia as a player and would not rule out a return to Italy as manager.

Guardiola told Sky in Italy: Training in Italy? Why not.

It was a pleasure [to be there] as a player, with the great (Carlo) Mazzone [former Brescia manager]. I had a great time and I love the country but now I feel good in England, it`s a great championship. But maybe yes, I`m not that old.

The 48-year-old was linked with Juventus in the summer but denies he was ever approached by the Italian champions.

You had false information, you have to do your job better, he told one Italian reporter as he smiled.

Kevin De Bruyne says he does not care about Manchester City`s poor record at Anfield, before his team face leaders Liverpool on Sunday.

City have won just one match at Liverpool since Boxing Day 1981, and that was back in 2003.

I don`t care, De Bruyne said. A lot of circumstances will decide the game. What can a player do with statistics like this?

The chief Premier League title protagonists face off on Sunday - Liverpool vs Manchester City - and you can follow every minute live on Sky Sports.

It is only the first week of November, but already there is a feeling this the first encounter of the season between `The Kings of England` and the `Champions of Europe` is a title-decider.

Defeat at Anfield on Sunday could have serious ramifications for Manchester City in their quest for a third straight Premier League title, and you can follow all the action live on Sky Sports.

How Sterling joined the elite

All eyes will be on Raheem Sterling when Manchester City travel to Anfield on Sunday. Here, we tell the story of Sterling`s rise to the very top... 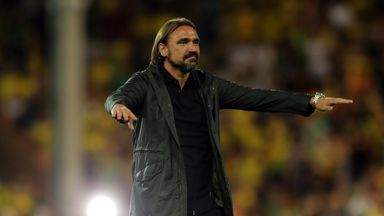