Levante are set to be without first-choice goalkeeper Aitor Fernandez for Sunday`s La Liga fixture against Athletic Bilbao after he was drafted to work at a polling station.

Spain`s parliamentary elections take place on Sunday and Fernandez is on a list of reserves who must attend the polling station in his hometown of Mondragon on the morning of the vote to see whether they are required.

Individuals wishing to be excused must provide mitigating circumstances, and Levante`s request to have Fernandez released has been rejected by the local electoral commission.

To make matters worse for the side, their back-up goalkeeper Oier Olazabal is injured, meaning they may have to take on Bilbao without a senior `keeper.

Fernandez is still confident he will be able to play in the game, though, saying: The club`s working so that I don`t have to go there on Sunday. I just want to know what`s going on.

I`m fully focused on the game and I`m certain I`ll be playing in it. If needs be I can sleep at home, go down to the station, and then get myself to San Mames by car.

Levante are due to make a second request to have Fernandez excused on Friday, and will cite the precedent set in the case of Bilbao player Inaki Williams in 2015.

Williams was also required to work at a polling station on the day of a game - against Levante - but was excused. He scored in a 2-0 win for his side.

Fernandez`s team-mate Jorge Miramon was also called up to work in a polling station on Sunday - in his hometown of Zaragoza - but has been excused so he can play against Bilbao. 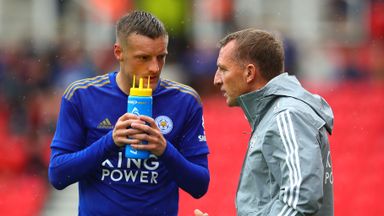 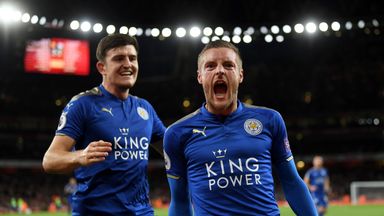 Jones Knows: Vardy to haunt Gunners
Back to news list