Liverpool manager Jurgen Klopp believes the growing rivalry between them and Manchester City is proof his side are a genuine threat to their next opponents.

The Reds hold a six-point lead over City ahead of Sunday’s visit to Anfield and, although Klopp rates Pep Guardiola as “the best manager in the world”, he believes the teams are on an equal footing.

“I think it’s getting bigger and bigger. I am here for four years, what can I say about traditions?” said the German, whose side lost out by a point in last season’s thrilling title race. 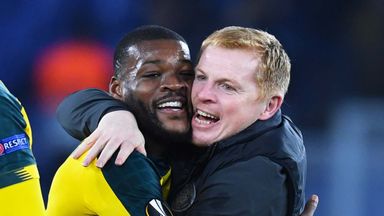 Lennon: Celtic have moved on from Rodgers
Back to news list