Bulgaria`s FA has launched a campaign aiming to tackle discrimination in football, following the racism that marred October`s 6-0 loss to England.

`The Scarf of Respect` campaign`s focal point is a tailor-made scarf in the colours of the Bulgarian flag with a white and a black handshake in the middle as a symbol of unity between all races. It also has `Football for all` written on it.

The scarves are going on sale ahead of Thursday`s friendly game between Bulgaria and Paraguay in Sofia which is Bulgaria`s first match since last month`s turbulent qualifier against England.

All the proceeds will be donated by the Bulgarian FA to various projects which tackle discrimination in football.

`The Scarf of Respect` has kicked off with a special photoshoot that Bulgaria internationals have participated in.

Among them is captain Ivelin Popov, who at half-time of the England game tried to calm down Bulgarian fans, which he was later praised for by England manager Gareth Southgate and his players.

Creating this charity campaign is just one of the many steps the Bulgarian FA has planned as a reaction to what happened during the Euro qualifier against England on October 14, reads part of the FA`s statement.

New Bulgaria manager Georgi Dermendzhiev will make his debut in Thursday`s friendly with Paraguay after succeeding Krasimir Balakov, who was in charge of the team for the England game.

Balakov resigned four days after the qualifier as did FA president Borislav Mihaylov and some of the executive committee members.

Following the racist incidents, the national team was ordered by UEFA to play its next home game behind closed doors, the FA has also been fined €85,000.

The crowd ban, though, does not apply to the friendly against Paraguay, meaning there will be fans admitted to the stands.

It will affect Sunday`s final European Qualifier against the Czech Republic in Sofia. 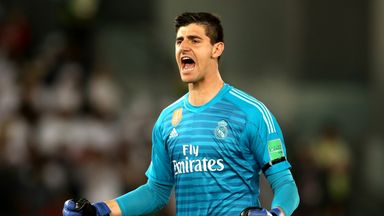 Lascelles out until new year