The Republic of Ireland head into a Euro 2020 qualification battle with Denmark on Monday evening on the 10th anniversary of the infamous Thierry Henry handball which shattered their World Cup dreams.

Here, the PA news agency takes a look back at a controversial night which has become part of Ireland’s sporting folklore.

Still feeling aggrieved at FIFA’s decision to change its mind over seeding the play-offs, Giovanni Trapattoni’s men had headed into the first game of their two-legged play-off in confident mood. However, they were disappointing in Dublin and went down to Nicolas Anelka’s lone strike to leave the French with the upper hand.

Perhaps sensing that it was now or never, Ireland turned in perhaps their best performance under Trapattoni at the Stade de France and took a deserved 1-0 lead through skipper Robbie Keane’s first-half goal. They had chances to extend their lead but did not take them and, after 90 minutes, the aggregate scores were level and extra time was required.

Thirteen minutes into extra time, Florent Malouda’s deep free-kick eluded defender Paul McShane and Henry controlled before turning the ball across goal for William Gallas to head home. Replays showed that the then Barcelona frontman had handled twice in bringing the ball under control, but crucially out of sight of referee Martin Hansson and his assistants and the Republic’s protests went unanswered.

Trapattoni: “Everybody saw the game. You know what happened.”

Keane: “They are all probably clapping hands, (Michel) Platini sitting up there on the phone to Sepp Blatter, probably texting each other, delighted with the result.”

Richard Dunne: “He admitted afterwards he handled it, but it doesn’t make me feel any better because we are not going to the World Cup finals.”

France manager Raymond Domenech: “I did not see a hand. It’s you people who are speaking about this.”

The Football Association of Ireland (FAI) lodged an official complaint with FIFA, although their calls for a replay and then to be included as the 33rd team at the finals both fell on deaf ears. Then chief executive John Delaney later revealed that the FAI had received a payment of five million Euros – at the time around £3.6million – initially in the form of an interest-free loan which ultimately did not have to be repaid in return for an agreement not to press their claim through the courts.

France travelled to the finals in South Africa determined to make the most of their lucky escape but did not remain there for very long. Domenech’s players went on strike after Anelka was sent home following a row with the coach and the point they gained from an opening 0-0 draw with Uruguay in Cape Town was the only one they mustered, as defeats to Mexico and the hosts ended their participation at the first hurdle. 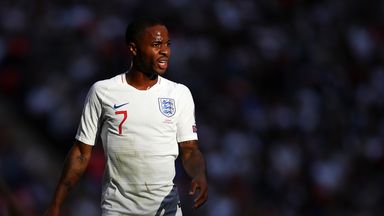 Kosovo boss jokes: To stop Sterling you break his leg