Leicester boss Brendan Rodgers has dismissed being a contender for the Tottenham job as gossip.

There was no formal approach to neither Leicester nor Rodgers from Spurs, as it had quickly become clear to intermediaries that neither party was interested in discussing a change.

And Rodgers said on Thursday: There is nothing to talk on it. The game is full of gossip and speculation.

The only thing I will say is I was very happy here at Leicester. I`ve literally just joined the club in February. Everything has been great since we`ve been in. We have a project here that we want to develop over the next number of years.

In this game, what I`ve learned is that you`ll always be linked with jobs and speculation around other jobs, but what`s most important is the now, and I`m very happy here, and to develop and work with the club in order to help them improve.

After Mourinho succeeded Pochettino within 12 hours of the Argentine being sacked, Rodgers said of the Portuguese`s return: You have to say well done to Tottenham and Mauricio for the time they were together.

He created a culture and environment for players to develop. You could see the growth of the club. It`s always sad when a manager leaves his post. He can reflect on a brilliant job. He will come back into a great job I`m sure.

Bringing in Jose, you`re getting someone who has won throughout his career. He`ll look to bring his qualities to a very good group of players. 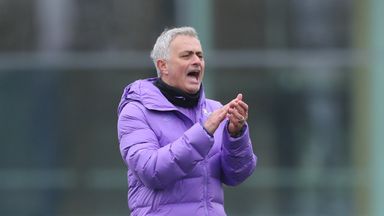 Trossard to return for Leicester game 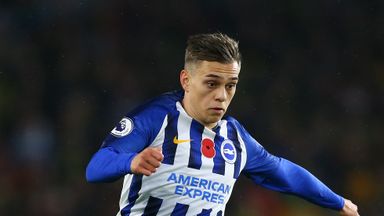 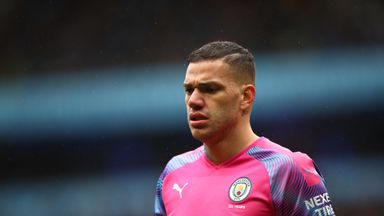 Ederson back in training, could face Chelsea
Back to news list