Newcastle boss Steve Bruce says he devastated that midfielder Matt Ritchie will be missing until the end of January after undergoing a second ankle operation.

Ritchie initially had surgery in October after being hurt in a challenge by Leicester`s Hamza Choudhury, but had to go under the knife for a second time this week after feeling discomfort following his return to training.

There`s nothing worse for a player than when you`ve had an operation like he`d had and the surgeon decides that he needs to do a little bit more.

Look, we`re devastated and so is he. We did give him a period of rest, he went to see the specialist again and had the operation again the next morning.

Unfortunately, that`s what it is. We hope this time that he`s back in training in early January - and it`s nothing too horrific, so they say. Let`s hope this time it`s done the trick.

Newcastle go into the game against third-placed City with the front three still misfiring. Allan Saint-Maximin, Joelinton and Miguel Almiron have only scored one goal between them all season, but Bruce is planning to persevere with the trio.

Last week against Bournemouth, I thought the front three were excellent, he added. I thought against West Ham with their movement and the pace of them we could have been five up.

The question is always going to be, how long do you wait because they haven`t scored a goal?

Up until the last week against Aston Villa where we weren`t good enough across the board, I`ve been delighted with the front three.

Yes, I would love them to score a goal but the threat that they caused at the top end of the pitch and what they contribute towards the team is the thing I look at.

Now we all want them, of course, to score a goal and we all think when they do score, then we`ll be fine so it`s about getting that balance right.

As I said the previous game before Aston Villa against Bournemouth and against West Ham they were terrific so I`ll keep persevering with them.

Bruce was asked if it was now becoming a mental problem for the three players.

The last two internationals Almiron has been away and scored but of course the longer it goes on, the more it plays with any striker and they`re all judged on goals and assists.

Unfortunately their drains a little bit away and that`s what a striker needs. They need to be confident and how you get confident is by one thing as a striker and that`s probably by scoring a goal.

It`s going to be difficult with who we`re playing against tomorrow but let`s hope one of them can make it a good afternoon for us.

Barnes: Liverpool did Rodgers a disservice 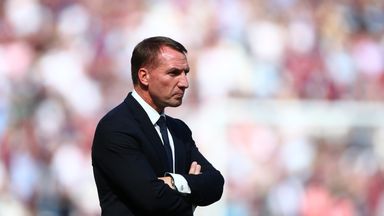 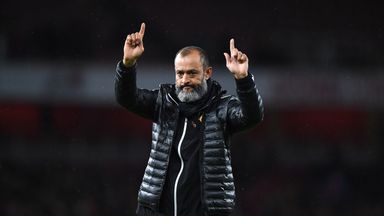 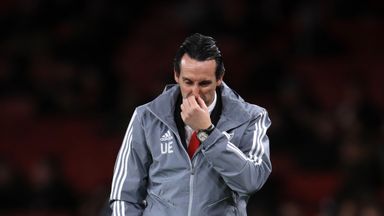 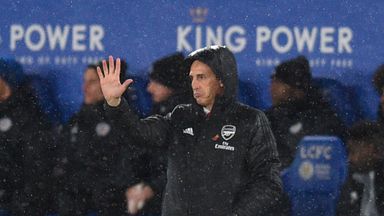 Emery: Where it went wrong at Arsenal
Back to news list