Pemsel was due to start work in February but has now withdrawn from the role. Richard Masters will continue as interim chief executive.

A statement from the Premier League read: “Following media disclosures earlier this week and discussions with David Pemsel, the Premier League has today accepted David’s resignation and he will no longer be joining as chief executive. No further comment will be made at this stage.”

It was only last month that the organisation announced Pemsel would join from the Guardian Media Group.

Chelsea chairman Bruce Buck, who was involved in the recruitment process, at the time praised the 51-year-old’s “straightforward style and personal integrity”.

The Premier League’s long-serving executive chairman Richard Scudamore announced his intention to stand down as long ago as June 2018 but after two ill-fated appointments the position remains embarrassingly vacant.

BBC Studios chief executive Tim Davie was also reported to have turned down the opportunity.

Evans back in contention for Leicester

Aston Villa boss Smith says job is ‘everything he wanted’ 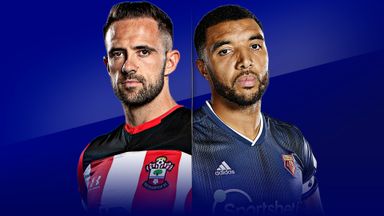