John Stones is refusing to give up on his Premier League title dream despite seeing Manchester City slip 11 points off the pace.

Saturday’s 2-2 draw at Newcastle, coupled with Liverpool’s 2-1 home win over Brighton, dealt another blow to City’s hopes of retaining their title.

However, defender Stones will head into Tuesday night’s trip to Burnley still believing it is possible.

He said: “We need to look at our game and see what we did wrong. We need to be very open in how we approach the negative things and also the positive things we did today and see where we can improve.

“It’s such a short space of time between now and Tuesday, but it’s something we need to do and keep fighting to contest for the Premier League.

“That’s the main goal and everyone’s dream. That dream should remain and we still have to fight for everyone. I’m sure the fans and everyone involved in the club is doing the same.

“We can do it. It’s been done before, we need to be positive and keep believing in our team.”

Manager Pep Guardiola was happy with much of what he saw at St James’ Park as Raheem Sterling and then Kevin De Bruyne fired his side in front, the latter with just eight minutes remaining.

However on both occasions, they conceded within minutes, Jetro Willems cancelling out Sterling’s opener before Jonjo Shelvey matched the quality of De Bruyne’s stunning finish to snatch a point. 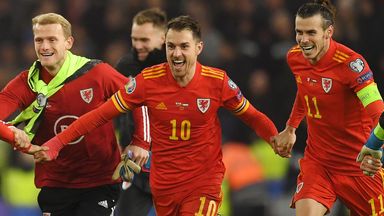 Rice remaining upbeat ahead of Celtic test
Back to news list