Wolves and Sheffield United both continue to enjoy fine runs in the Premier League after sharing the points from a 1-1 draw at Molineux.

The winners knew they would climb up to fifth in the table and early on that looked like it would be the Blades, after Lys Mousset struck in only the second minute to open the scoring.

Chris Wilder’s team had chances to extend their lead and they were punished for failing to take them when Matt Doherty headed home an equalising goal in the second half.

The point means Tottenham hold on to fifth spot, but Wolves extended their unbeaten run to nine league matches while the Blades are now without a defeat in seven games and remain unbeaten on the road this season.

Max Kilman was handed his full Premier League debut for Wolves – the 22-year-old defender got his chance with Romain Saiss suspended.

The Blades made two changes as Dean Henderson and John Egan were both restored to the starting line-up.

Henderson, on loan from Manchester United, was ineligible against his parent club last weekend and he replaced Simon Moore in goal. Defender Egan missed the 3-3 draw with United due to a head injury.

Kilman’s inclusion meant 10 of the Wolves team had began both the victory at Bournemouth last weekend and the draw with Braga in Portugal on Thursday night, and perhaps that helped to account for their slow start to the match as Mousset put the visitors in front after only 62 seconds.

George Baldock’s cross from the right was brought down by the Frenchman who then fired his shot into the bottom corner from eight yards out.

A couple of free-kicks in dangerous positions, one resulting from a foul that saw Leander Dendoncker receive a yellow card with just three minutes on the clock, kept Wolves under pressure.

However, Nuno’s side survived any further damage and would have been level after 13 minutes had Henderson not produced a fine save to tip Raul Jimenez’s powerful header over the crossbar.

After the frenetic start, the game settled down. Neither goalkeeper was worked again until just after the half-hour mark when Rui Patricio denied Enda Stevens following a lovely reverse pass by David McGoldrick.

The Blades missed a host of chances to extend their lead either side of half-time, and they would ultimately be made to pay. 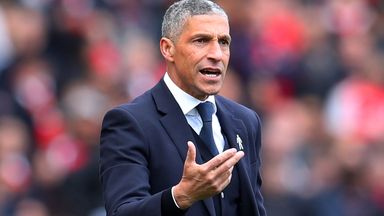