Steven Gerrard knows he is developing a reputation with his Rangers team for his moans and groans but the Light Blues boss admitted he could not grumble at their 5-0 demolition job on hopeless Hearts.

Just one goal separates the top two following a triumph sparked by Alfredo Morelos’ 25th goal of the campaign.

Ryan Kent’s strike and a Christophe Berra own goal set up a late surge but while substitute Greg Stewart found the net twice late on, Rangers could not find number six which would have seen them match Neil Lennon’s Hoops on points, goal difference and goals scored.

Gerrard knows his players are fed up of hearing him demanding more but this time, however, he had no complaints.

“We want to win by the biggest margin we can and probably in the eyes of the players I’m a bit of a moaner like that,” he said.

“Some of them maybe want to come off the gas and relax at three and four but not for me – I want to continue to keep doing the right things.

“As a team we’re not at a level where we can just pick and choose when we can stay on the gas so for me it needs to be consistent across the board – forget the scoreline and play with the correct intensity and try and score as many as we can.

“I can’t complain with a 5-0 win at home on the back of a European night that we had to really push and give a lot in. I’d have some cheek to go in and complain about the amount of goals.

“Credit to the players, it’s another box ticked and now we recover and go up to Aberdeen which will be a tough game for us.

“It was a very strong home win after a difficult game against Feyenoord in midweek. I liked the hunger and intensity to get more goals. It was a very positive display by the boys.”

Morelos became the first Rangers player to score in four consecutive European ties with Thursday’s double in Rotterdam and the top-scorer has now netted in every one of his last 10 starts after nodding his side ahead 12 minutes in.

Much has been made this week about the striker’s potential transfer value but in this form his real worth is simply priceless for the Light Blues.

While Rangers are just a fraction behind Celtic, it is a similarly small margin keeping Hearts out of the relegation places.

They remain locked on 11 points with bottom duo St Johnstone and St Mirren but sit above the Buddies on goals scored.

MacPhee was again in caretaker command as Ann Budge’s hunt for Craig Levein’s successor lingers on and the interim boss admits the lack of clarity is having an effect on the Jambos.

He said: “The uncertainty of the situation for everyone is something that needs managing very carefully.

“I think the longer it goes the more it can at times become an excuse, and it can also become a reality where maybe at times people aren’t as focused on their performance alone as they should be.

“I think that so far the players and staff have been fantastic.

“What I would say is that in the next period of time Mrs Budge will make the right decision for the long-term future of the club.

“Right now all I do is manage this on a day-to-day basis and try and be as honest with everyone as I can, and to try and get the team on the pitch that can pick up three points on Wednesday against Livingston.” 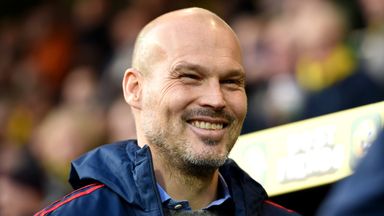 Ljungberg ‘100 per cent’ confident Arsenal can make the top four 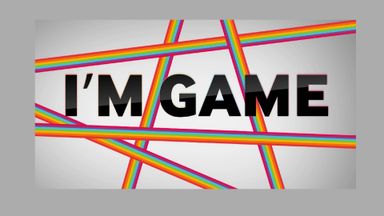 Who's up for Sky Sports' new Rainbow Laces show?
Back to news list