Steven Gerrard would not be surprised to see Juventus sniffing around Rangers midfielder Glen Kamara.

Reports over the weekend claimed the Serie A giants were keeping tabs on the Finland international, who Rangers signed for a knock-down £50,000 fee from Dundee 12 months ago.

Light Blues boss Gerrard insists he has had no contact from the Turin outfit, but believes Kamara is currently showing he is capable of reaching the heights required to attract a future bid.

“There’s nothing from Juventus with Glen,” he said after his team’s 5-0 drubbing of Hearts.

“There’s a lot going round at the moment about quite a few of my players but there’s no truth in it.

“It wouldn’t surprise me if there’s top clubs looking at Glen – again he was outstanding, lovely to watch – and as a midfielder myself I really admire his bodywork and his shape, the way he receives the ball.

“He’s a very clever footballer and it wouldn’t surprise me if top clubs were monitoring him but there’s no truth in Juventus.”

Gerrard’s side now sit just one goal behind Celtic at the top of the Ladbrokes Premiership table after crushing the Jambos.

Gerrard has developed a reputation amongst his squad for his moans and groans but could not grumble with their display against Austin MacPhee’s hopeless Hearts.

He said: “We want to win by the biggest margin we can and probably in the eyes of the players I’m a bit of a moaner like that.

“Some of them maybe want to come off the gas and relax at three and four but not for me – I want to continue to keep doing the right things.

“As a team we’re not at a level where we can just pick and choose when we can stay on the gas so for me it needs to be consistent across the board – forget the scoreline and play with the correct intensity and try and score as many as we can.

“I can’t complain with a 5-0 win at home on the back of a European night that we had to really push and give a lot in. I’d have some cheek to go in and complain about the amount of goals.

“Credit to the players, it’s another box ticked and now we recover and go up to Aberdeen which will be a tough game for us.

“It was a very strong home win after a difficult game against Feyenoord in midweek. I liked the hunger and intensity to get more goals. It was a very positive display by the boys.”

Performances, not league position, the immediate priority for Solskjaer 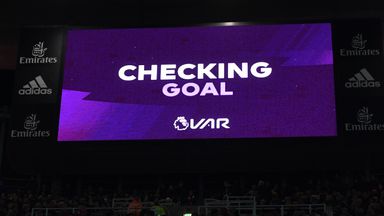 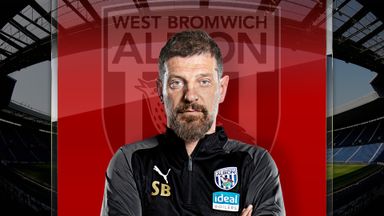 Bilic's journey: From Split to the Baggies
Back to news list