Burnley manager Sean Dyche believes winger Dwight McNeil should be in the frame for an England call-up after continuing to impress for the Clarets this season.

The 20-year-old has been an ever-present for Burnley this season and has now made 33 Premier League starts since breaking into the side last term.

While he has turned out for both the England Under-20s and Under-21s, and trained with the senior squad in March, McNeil is still awaiting a full call-up, but Dyche believes it is only a matter of time.

“When I see some of the other young players getting called up, he can’t be that far away in my opinion, but I’m bound to say that, I see him every day,” Dyche said.

“I’ve never questioned the national side of things and certainly not with Gareth (Southgate). I’ve got a good relationship with Gareth, it’s not easy picking the players but we’ll see.

“I know Aidy (Boothroyd) likes him in the Under-21s… If Gareth sees fit he should be around it. He has trained with them, it wouldn’t surprise me.”

In January McNeil was handed a new contract until 2023 with an option for a further 12 months, but that has not stopped rumours linking him with a return to Manchester United, where he played in the academy.

That speculation does not concern Dyche, however.

“I think he’s a top talent and I’ve said that all along. The main thing for me is he’s enjoying himself.”

Burnley will be looking to bounce back from Saturday’s home defeat to Crystal Palace when they host Manchester City on Tuesday night.

Pep Guardiola’s champions have looked vulnerable without the commanding presence of Aymeric Laporte at the back – conceding a late equaliser at Newcastle at the weekend – but while they might not be fully firing, Dyche is under no illusions about the challenge in front of his side.

“At that level, that real sharp edge of trying to win the league, trying to win in Europe, two or three injuries, the tiny details affect a way a team operates,” he said.

“They’ve still got top players coming in, so I’m not sitting here crying on their behalf, but when you’re at the super-elite level and the expectation is massive then the team loses key players, it affects the balance.

Palace emerged 2-0 winners at Turf Moor on Saturday despite Burnley creating twice as many chances, with Wilfried Zaha beating Nick Pope at his near post before Jeffrey Schlupp’s strike went through the goalkeeper’s legs.

However, Dyche said he had no concerns over Pope.

“He’s delivering good performances,” he said. “Now and then one gets way from you and he’ll be disappointed but not me, I know it can happen. As a keeper you think you can save everything and he saves a lot.

“I think here we still do have a goalkeepers’ union, it’s still strong here, they connect with us but it is its own department. He’ll be ready to go again.” 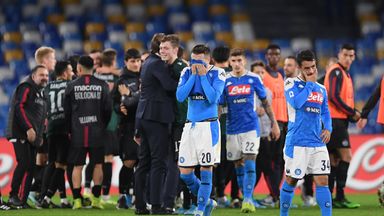 Mullins in charge of Watford for Leicester match 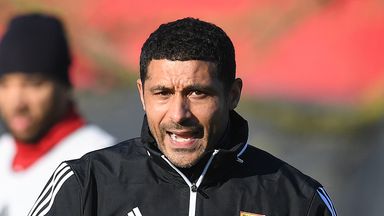 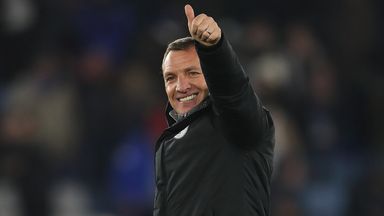 'Happy' Rodgers: Why would I leave? 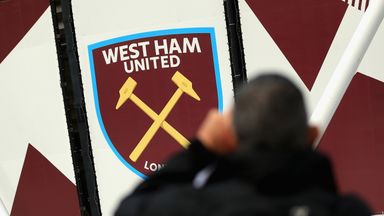 West Ham 'do not condone' homophobic chants
Back to news list