West Ham do not condone homophobic chants during Chelsea win

West Ham say they do not condone the homophobic chants their supporters are accused of using during the 1-0 win at Chelsea on Saturday.

Supporters Groups of both clubs, the Hammers LGBT fan group Pride of Irons and Chelsea Supporters Trust, reported the `continuous` abuse during the game.

And following statements from the supporters groups, West Ham have told Sky Sports News they do not condone any behaviour that falls short of the highest standards when it comes to equality.

The Trust note with dismay the continuous homophobic chanting by the visiting West Ham fans today. It appeared that no action was taken during the game. We call on @ChelseaFC and @WestHam to investigate.

A West Ham spokesperson said: West Ham United in no way condones any behaviour that falls short of the highest standards which the Club sets when it comes to equality.

At London Stadium against Arsenal on Monday night we will be celebrating and demonstrating the great work the Club does to create a welcoming and inclusive environment for ALL supporters, including our LGBT+ fanbase, as part of our ongoing and unwavering support for the Rainbow Laces campaign.

LGBT in football: What`s it like to work in the game when you`re out?

Two coaches who are gay - one working in the Southern League, and one in women`s and girls` football - join a referee who`s transgender to discuss their experiences.

Before Saturday`s game, Chelsea had warned fans not to use discriminatory behaviour in chants towards their opposition with the club putting out a strongly worded statement calling on West Ham to criticise those responsible.

It said: Just as we criticise our supporters when they have been guilty of discriminatory behaviour, we expect other clubs to stand up, speak out and do the same.

'Happy' Rodgers: Why would I leave? 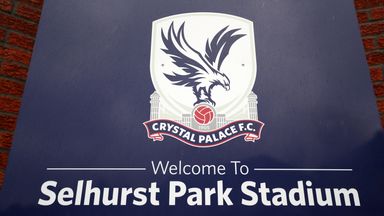 Pep Guardiola to stick with Fernandinho in Manchester City’s defence