Roy Hodgson insists Wilfried Zaha must be prepared to stay at Crystal Palace, despite continued speculation linking him with a move away from the club.

Zaha will be looking to score in three consecutive Premier League games when Palace play Bournemouth at Selhurst Park on Tuesday night, having found the target in the 2-1 home defeat to Liverpool and Saturday`s impressive 2-0 victory at Burnley.

Everton, Arsenal and Napoli were all linked with the Ivory Coast international over the summer but Hodgson remains keen to hold onto one of his star performers, who is contracted to Palace until 2023.

In the summer, the club received at least one bid they didn`t feel was the right one to accept and he - unfortunately, if he chooses to see it that way - had to respect the three or four-year contract he signed with the club, said Hodgson.

I don`t read quite that much into it as a manager as you do sitting on the other side of the table.

There is no drama and those players are always going to be coveted by other teams.

But when you sign a long-term contract as a player with the club, you have to accept that the chances are that the club won`t accept bids and the club will say to you, `no, you signed a three-year contract and we expect you to play for the club for three years`.

I don`t see quite where the massive drama is in that, personally.

Despite his desire to hold onto Zaha, who returned to south London on a permanent deal in 2015 following an ill-fated move to Manchester United, Hodgson acknowledged that may not be possible if the Eagles receive the right bid for him.

We are pleased to have him with us still and I am very much counting on us having him still, added Hodgson.

But you never know, that is all I would say. I don`t go out and make bold statements to say we will never get another bid for Wilf Zaha, which the club will have to take into consideration.

When you are a club like us, with a player like him, there will also be the risk that bids and other attempts to prise him away will happen to you.

Fortunately, we have been able to bat those requests away. We have to take each situation as it comes and I hope there won`t be any bids for him but if there is one, it will be for the club to take into consideration what the right thing is to do.

Palace can climb as high as fifth in the Premier League if they can defeat Bournemouth and Burnley are unable to do the same at home to Manchester City.

But they must attempt to do so without Scott Dann, who has joined Gary Cahill on the list of injured centre-backs at Palace.

Dann replaced the injured Cahill against Burnley but he was forced off in the second half at Turf Moor and will now sit out the Bournemouth game.

Hodgson said: He`s had a scan today. We hope it`s not a ligament issue.

We hope it`s a kick but of course it`s far too soon, too close to the game for him to recover so he`ll miss tomorrow`s game, as will Gary Cahill. We hope to recover the pair of them for the game at the weekend [against Watford].

That means Mamadou Sakho, who came on for Dann at Burnley, is in line to start on Tuesday.

Mamadou Sakho is good. He`s been fit to play for a period but of course we were blessed at centre-back with good performances from Gary Cahill and James Tomkins, said Hodgson.

So he`s had to wait for his chance. He played a full game for the U23s and played on Saturday for a considerable period in the second half. 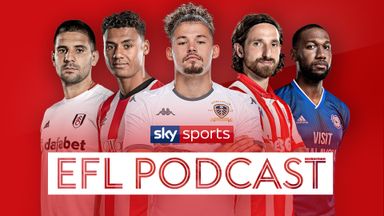 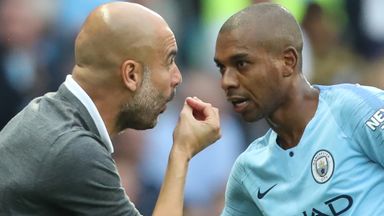