Paul Merson says Leicester boss Brendan Rodgers cannot turn down the chance to manage Arsenal, thinks Leicester will not be able to keep pace with Liverpool this season and talks England`s chances at next summer`s European championship after Saturday`s draw for the group stages.

He [Rodgers] is happy and Leicester are the best team in the league at the moment. Do not look at the next six months though, you have to look at the all-round picture and the next five years.

This [Arsenal] is a big, big football club. He has managed Liverpool, but Arsenal are one of the top 10 clubs in Europe and in my opinion, I think he does [take the job]. Do not let the points gap between them now cloud your judgement.

Goals give Liverpool the edge

They are winning ugly, but sooner or later that will come to an end, you can`t keep on playing like that and getting away with it.

But when you do win the league - if they do end up winning it - you probably play well 10 times a season if you are lucky and the other ones you just have to grind them out.

Years ago when I won the league with Arsenal, we won 1-0 every season, so as soon as we scored, you could see the other team were beaten. When you play Liverpool now, you have to score twice. If you do not score, you are not beating Liverpool.

That is a big thing to have to go out and make sure you score twice to even get a draw and that is where Liverpool have the edge - they score goals.

I think Man City look a tired pressing team at the moment. A year or two ago, they were the best about and within five seconds, they had the ball back. If you got through the press, it had to be special. I see teams get through this press now and it does not need to be special and I worry for them and defensively they are not good enough.

I would not write them off, but I knew last season they were capable of winning 14, 15 games on the trot like they did, it did not shock me, although it was phenomenal what they did. But it was not a shock because I thought they were that good.

I look at them now and I do not know if, subconsciously in the back of their minds they are targeting the Champions League. I see it when I watch them now - do they believe they can catch Liverpool? I am not sure they believe it and if you do not believe it, you get that situation where you are chasing games now.

For however great a team they are, and they are, Pep Guardiola has had his injuries at just the wrong time. Sergio Aguero has just got injured, you cannot afford to miss Aymeric Laporte. They are two big football players for them and then all of a sudden you have to take Fernandinho out of the midfield. It all starts from the front and no Aguero… he is probably one of the best Premier League centre forwards of all time, so they have been unfortunate.

I would like to see Liverpool with Van Dijk injured for three months like Laporte and then take out a Sadio Mane or Mohamed Salah for a while. But Liverpool have been quite fortunate as a lot of their players play a lot of football and they play the same team.

I worry for Arsenal...

It was not good enough [Arsenal`s defending at Norwich]. I worry for Arsenal as I just do not think the players are good enough. I feel sorry for them as they are playing at a big football club and they are so far out of their depth. It is sad to watch now and I feel for the fans.

All good teams start from the front. You look at Liverpool and their front free are the best closing-down front three that you will see in any league. You look at Arsenal and there is no closing down up front. There are loads of players sitting there now thinking, `I`d like to play against Arsenal.` And that is not right.

Foxes will not last the course

Leicester are up against it. At least eight or nine of this team will have to play 38 games this season. So to ask a whole team to play virtually every game of the season will take its toll. It is hard and they are chasing eight points on Liverpool.

What they have done is phenomenal, but if you said Leicester are going to finish ahead of Man City at the end of the season - I am not being disrespectful here, but I would be majorly shocked.

You are talking about a team who are leading by eight points and who have lost one game in 50. They are not serial losers, they do not lose football matches. So it is a big, big ask for these teams to chase Liverpool down.

All these players playing in this team are very good, it is a very good team, but they do not have a lot of options to come in. And if Jamie Vardy got injured…

We beat the Czech Republic at home, Croatia are not the team they were and who ever qualifies from the play-offs.... So England should get through.

This is a hard tournament - if you put Brazil in it, it is the World Cup and there are no easy games. In the World Cup, you might get a team you may beat 5-0 and you can lose your first game and still have a chance. This is hard though.

After the group, it gets tasty and the two away games could be their hardest games. 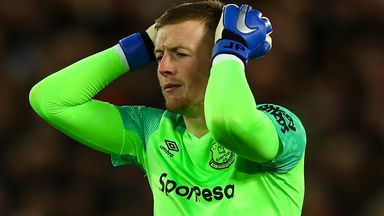 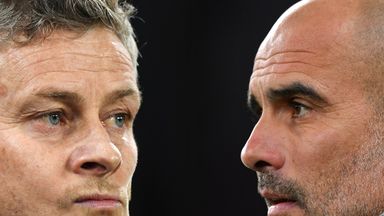 Guardiola template is a myth