Jurgen Klopp made some surprising changes to his side for the game, as Mohamed Salah and Roberto Firmino were left on the bench to be replaced by Divock Origi and Xherdan Shaqiri.

The gamble paid off as Origi and Shaqiri both scored to help Liverpool to a comfortable victory over their city rivals.

Crouch took the opportunity to highlight the gulf in class between the two sides when asked about how Salah might react to being dropped.

I remember when England were playing Andorra and I was like `get me on that pitch’,” he said while working as a pundit for Amazon Prime.

Speaking more seriously about the Egyptian’s potential frustration at missing out on selection, Crouch said: I think he will be fuming to be on the bench.

He will want to be part of that team. He has aspirations for the Golden Boot, we know what he is like.

He has gone from a winger to a selfish striker. He won`t be sat on the bench enjoying that performance.

He will have been sat there thinking he could have got two or three goals.

The result left Liverpool eight points clear of Leicester City at the top of the standings, while Everton are in the relegation zone in 18th place, with pressure mounting on boss Marco Silva.

QUESTIONABLE Messi out, Tadic in? The weirdest Ballon d`Or votes

QUIZ! How many of John Terry`s 166 Chelsea team-mates can you name? 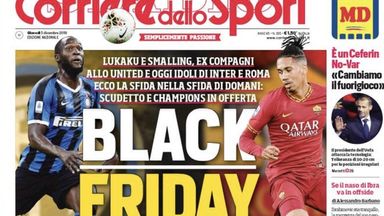 Ref Watch: No Vardy dive, it's a penalty 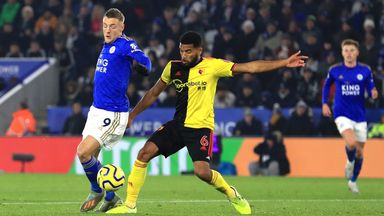 More to Abraham than just goals, says Azpilicueta
Back to news list

Hasenhuttl may not be able to call on Valery against Wolves