QPR have agreed the deal with Tottenham to sign Jack Clarke on loan.

The 19-year-old winger had a medical with the Championship club on Wednesday night and is set to sign until the summer.

Clarke, who was recalled from a barren loan at Leeds, has been keen to continue his development under Mark Warburton at Loftus Road.

Rangers are understood to have beaten Championship clubs, including Middlesbrough, as well as Scottish champions Celtic to sign Clarke.

Sky Sports News revealed earlier this week that the R`s were closing in on Clarke ahead of the pack.

Clarke signed for Spurs permanently from Leeds last summer before being immediately loaned back to Elland Road, but he made just three appearances under Marcelo Bielsa this term.

The youngster was one of the rising stars in the Championship last season, often making an impact off the bench as Leeds chased promotion.

Previous
Wilder: No problem with McBurnie 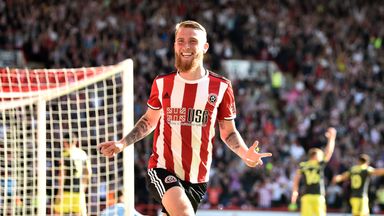