Trent Alexander-Arnold vs Aaron Wan-Bissaka: A clash of styles at the heart of an old rivalry

No one wants to grow up and be a Gary Neville, Jamie Carragher quipped regarding his co-pundit on Monday Night Football back in September 2013.

If you`re a full-back, you`re either a failed winger or you`re a failed centre-back. You end up there by hook or by crook.

Gianluca Vialli, the former Italy and Chelsea forward, echoed that sentiment, positing the right-back was always a team`s weakest link, given left-footers were cultured.

If you had something about you and were right-footed, you would either play at centre-half given your height or further forward, so the theory went.

Trent Alexander-Arnold was a month shy of his 15th birthday when Carragher delivered those now infamous words.

But ask any child of a Liverpool persuasion this week - as the champions-elect prepare to host Manchester United, live on Sky Sports - who they wish to one day emulate, and the local boy with the double-barrelled name will rank high upon that list.

It was last October when Neville highlighted the rise of Alexander-Arnold as the flag-bearer for the modern-day full-back.

Tottenham had been beaten 2-1 at Anfield, a game in which Liverpool`s right-back had failed to register an assist but had been a constant source of creativity for the hosts.

From the moment I laid eyes on him in that first game at Old Trafford [in January 2017] his temperament was amazing. To be thrown in during that game, he was outstanding from minute one.

But now, he`s getting to a point where he`s one of the best full-backs I`ve ever seen going forward - his passing is unbelievable. He`s got to become as serious about his defending as he is about his attacking, and then you`ve got a world-class full-back there.

With his balletic movement, quick thinking and laser-like vision, Alexander-Arnold has taken his game onto new heights.

There have even been suggestions Liverpool`s No 66 should be played in a more advanced position, with a view to potentially replicating Gareth Bale`s transformation into a goalscoring forward.

Given the chances he creates from his right-sided berth, however, and the improving defensive record this season following six successive clean sheets, Jurgen Klopp is in no hurry.

Can United`s counter-attack expose space in behind?

What Alexander-Arnold may sometimes lack in concentration and defensive positioning, he more than makes up going in the other direction, producing more assists and open play crosses than any other Premier League player since the start of the 2018/19 campaign.

Speaking earlier this season, Graeme Souness admitted that at 21, and with still just nine England caps to his name, Liverpool`s academy product will get better defensively through being faced with stiffer opposition.

The Sky Sports pundit said during the autumn: Trent`s five years younger than Andy Robertson, he`s not the finished article when it comes to defending, but has he learned in the last couple of years that part of his game?

Maybe it`s because he spends so much time on the front foot. They`ve got such good players around him, that he`s not asked to do much at the other end, but it will cost them at times.

That`s a part of the game you can learn, the easiest part. What`s he`s got in abundance is athleticism, and he`s got a wand of a right foot.

He can whip the balls in when he gets into the attacking half. He`s a very special player, who will only get better.

Contrary to Carragher`s slightly tongue-in-cheek assertion, Cafu and Roberto Carlos were busy redefining the role of the full-back for Brazil during the 1990s, but Alexander-Arnold is quite possibly the closest England have come to producing a player of such a lethal combination of flair and force.

The trade-off with Trent

Liverpool are the Premier League`s runaway leaders, 16 points clear at the top, 38 games without defeat in the league. Their points tally of 61 from 21 matches represents the best start to a campaign of any team in the history of Europe`s top five leagues.

But for all of their attributes and the accolades, it is Alexander-Arnold who is the principal playmaker. Across Europe`s top five leagues this campaign, only Kevin De Bruyne (14), Thomas Muller (Bayern Munich, 11), Luis Alberto (Lazio, 11) and Jadon Sancho (Borussia Dortmund, 9) have provided more assists.

This weekend`s clash at Anfield presents a fascinating clash of styles.

Manchester United boast the third-best record against top half of the table given their set up to counter-attack, losing just two of their 10 games, winning four and drawing four.

Ole Gunnar Solskjaer`s side only had 32 per cent possession during the 1-1 draw with Liverpool in October`s reverse fixture - and tracking back has been highlighted as an area in which Alexander-Arnold can improve.

It was the subject of debate on Monday Night Football following Liverpool`s 2-1 win over Crystal Palace in November.

It`s the trade-off, Carragher admitted. You`d never take Trent out of Liverpool`s team, but it`s not a trade-off where you say it`s OK to not be sprinting back and be better defensively.

You want to keep what he`s got in terms of going forward because he`s the most creative player in Liverpool`s team, but he`s still got to improve on the other side of things.

And I hope that message is still getting given to him on a daily basis by the staff. Just sprint back, it`s very basic.

England manager Gareth Southgate has an embarrassment of riches at right-back, with Chelsea`s use of Reece James this season, and the emergence of Max Aarons at Norwich adding greater strength in depth to compete alongside the established pair of Kieran Trippier and Kyle Walker.

Where might Aaron Wan-Bissaka currently sit in the pecking order?

On Super Sunday, he will hope to further his claims to the position with the perfect opportunity to demonstrate his qualities when faced with nullifying Liverpool`s red arrows.

The full-back has gone from strength to strength and was outstanding during his side`s 2-1 win over Manchester City at the Etihad Stadium last month, getting the better of his duel with Raheem Sterling.

Wan-Bissaka produced five tackles, more than any other player, as Sterling was kept subdued, and the 22-year-old will relish coming up against Sadio Mane, the newly crowned African Footballer of the Year.

But, like Alexander-Arnold, he is not yet the finished article.

The inconsistency that comes with youth was displayed during the subsequent 2-0 defeat at Watford, where a reckless challenge on Ismaila Sarr inside the box led to Troy Deeney doubling the hosts` lead.

Souness said afterwards: He goes to ground a lot, Wan-Bissaka, which isn`t a great sign for a defender.

That means you`re not reading it early. The top men very rarely go to ground. They go to ground when it`s last ditch or they`ve been caught on their heels or someone`s done something very special against them.

Having been converted from playing as forward during his youth career, Wan-Bissaka`s meteoric rise would not have occurred without taking such constructive criticism in his stride.

David de Gea, who ironically was at fault for Watford`s first, was subjected to similar doubts early on in his United career, only to emerge as one of Europe`s best goalkeepers.

In signing a six-year contract at Old Trafford worth a reported £25m, the belief is the Croydon-born defender will make the right-back berth his own - but Sunday will see a contrast with his opposite number.

Where Alexander-Arnold carries all the hallmarks of an attacking full-back, Wan-Bissaka resembles a throwback, focused on perfecting the art of defending.

Only Ndidi (138) and Watford midfielder Etienne Capoue (124) has made more interceptions than the United full-back`s 123. This season, Wan-Bissaka once more ranks highly for tackles made, with only Ricardo Pereira producing more.

In making the high-profile switch up north, the intrigue lay in whether Wan-Bissaka could add greater creativity to his game as part of a superior side with heightened expectations, but the United full-back has created just nine chances in the Premier League this season. Alexander-Arnold has registered 60.

What will define his Manchester United career, probably more than the defensive side, will be what he`s like in the attacking half of the pitch, where he probably hasn`t got as much experience, Carragher said following United`s 1-1 draw with Wolves last August.

The expectation back then was that United would not struggle for clean sheets, but only Tottenham and Norwich (both two) have kept fewer than their four in the Premier League.

It would appear Wan-Bissaka loves nothing more than making tackles, but this is born out of necessity rather than preference. His explosive pace is often what gets him out of trouble to atone for his initial positioning.

Going the other way, Alexander-Arnold ranks first for assists and open play crosses since the start of last season, while Wan-Bissaka sits 82nd and 21st on the respective lists.

Where Klopp has all his pieces in place, this season has shown the jigsaw facing Solskjaer is a four or five-window project.

Where once the full-back was judged first and foremost on his ability to prevent wingers from gliding past them, mastering the art of one-on-one defending is no longer necessarily enough for international recognition.

Remarkably given his price tag, Wan-Bissaka is yet to earn a senior cap for England, and he remains eligible to play for the Democratic Republic of Congo.

Southgate has preferred to use full-backs capable of contributing offensively, and it may only be through United`s implementation of greater defensive insurance that Wan-Bissaka can fully fit his criteria, emulating Alexander-Arnold`s raids down the right channel.

Striking a balance between those natural defensive tendencies and having greater attacking output is his next challenge, and - by hook or by crook - it may just decide who wins the latest renewal of an old rivalry.

How to watch Liverpool vs Manchester United

Follow the action with our dedicated live blog or watch live coverage on Sky Sports Premier League from 3pm; Kick-off at 4.30pm. 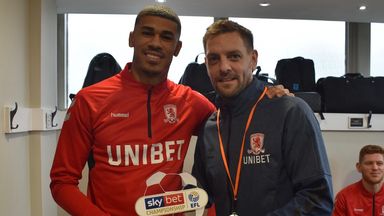 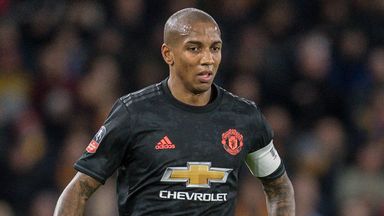 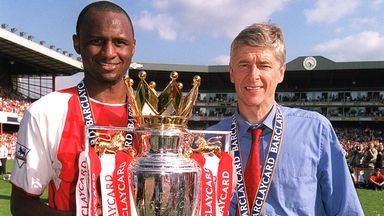 Vieira: Arsenal job not in my mind