League One highlights and round-up: Peterborough move up to third

Peterborough picked up a fourth win in a row as they thrashed Sky Bet League One promotion rivals Ipswich 4-1.

Watch League One goals and highlights

Head here to see all the League One goals and highlights...

Darren Ferguson`s side moved up to third, leapfrogging their opponents.

Ivan Toney fired the visitors in front from the spot in the 23rd minute after Siriki Dembele was upended.

The second came from a horrible moment for Ipswich goalkeeper Will Norris, who tried and failed to dribble round Sammie Szmodics, who robbed him of possession and tapped in on the goalline.

Dembele made it 3-0 six minutes after the break before Szmodics added a fourth 16 minutes from time. James Norwood grabbed a consolation from the spot for Ipswich.

Leaders Rotherham moved three points clear at the top after a 3-2 win over Burton.

The visitors were ahead after seven minutes through Jamie Murphy but the lead lasted only two minutes as Michael Smith equalised.

Smith headed his second from a corner to put the Millers ahead, but straight down the other end Oliver Sarkic levelled the scores.

Freddie Ladapo proved the match-winner as he smashed an effort low into the corner.

Portsmouth moved into the play-off places after beating Sunderland 2-0 to record their eighth win in a row in all competitions.

Christian Burgess headed Pompey in front from Ronan Curtis` free-kick and James Bolton doubled the lead after the break.

It was a first defeat in 10 league matches for the Black Cats, who dropped out of the top six.

Second-placed Wycombe slipped to a 2-0 defeat at MK Dons, who pull further clear of the relegation zone.

The Trotters eased to a 2-0 win as Tranmere remain six points adrift of safety.

Coventry stretched their unbeaten run to seven matches and moved up to fifth after coming from behind to win at Bristol Rovers.

Jonson Clarke-Harris put Rovers ahead against his old side after 23 minutes but the Sky Blues were back in front before the break.

Jamie Allen rounded off a smart team move after 38 minutes and Liam Walsh struck in added-time to score what proved to be the winner.

Blackpool`s winless run stretched to eight matches and Simon Grayson`s side have lost five of their last seven after a 2-1 defeat at Oxford.

The Seasiders took the lead after 10 minutes through new signing Gary Madine, but Marcus Browne`s double earned a first win in five games for Oxford.

Southend won just their third match of the season as Elvis Bwomono struck an added-time winner to beat Lincoln 2-1.

Harry Anderson looked to have struck an 89th-minute equaliser for Lincoln, cancelling out Charlie Kelman`s opener.

Accrington held on to win 2-1 against AFC Wimbledon despite Joe Pritchard`s dismissal in the second half.

Jordan Clark and Dion Charles gave Stanley a 2-0 lead. Joe Pigott pulled one back after Pritchard`s second yellow for diving, but the hosts stood firm. 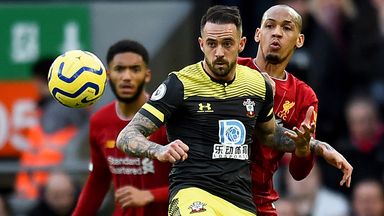