Jose Mourinho: VAR is not good for emotions on the touchline

Tottenham manager Jose Mourinho feels the presence of VAR in the Premier League has not been good for touchline emotions.

Two-thirds of football fans believe Video Assistant Referees [VARs] have made the game less enjoyable, according to a new YouGov poll.

The survey, published on Tuesday, claims 60 per cent of fans believe VAR, introduced at the start of the season in the Premier League, has worked badly, with supporters giving the technology an average rating of just 4/10.

Mourinho - who cut an animated figure in the technical area during Sunday`s 2-0 win over Manchester City - is a supporter of the technology but says it does not necessarily benefit the referee.

I think the fact that you have the screen in front of us now is not good for our emotions because we watch exactly the same as the VAR is watching, he said.

The referees don`t see it as well as we can because the referees are on the pitch and it`s 200 miles an hour so it`s very difficult for them. Sometimes they don`t see the same things that we see.

My reaction (on Sunday) was based on the fact that I could watch everything on the screen. So I saw the Dele Alli incident, I saw the penalty, I watched everything, and that creates emotions. But okay, I went viral.

Dele Alli could be fit for Tottenham`s FA Cup fourth-round replay against Southampton on Wednesday night as he continues to have an ankle injury assessed.

Alli was hurt in a tackle by Raheem Sterling in Sunday`s game, and while he played on until the 70th minute was considered a doubt for the Cup tie.

Previous
Alli could feature vs Saints in FA Cup 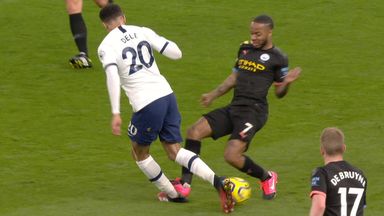 Manchester sides cannot keep shooting themselves in the foot 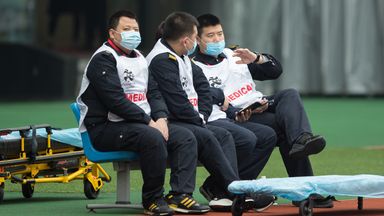 Asian CL games postponed over coronavirus
Back to news list