How many players from the current Liverpool side would make Manchester United`s Treble-winning side of 1999? And which team would win?

As Liverpool close in on a first title in 30 years, we make the comparison between Jurgen Klopp`s side and Sir Alex Ferguson`s 1998/99 infamous Treble-winners, who remain the only English side to win the FA Cup, European Cup and top-flight title in a single season.

Virgil van Dijk next to Jaap Stam, that would be invincible. Nobody would get past them.

But for me, seriously, only Van Dijk would get into that team. When you look at that Manchester United team, that is leadership throughout the whole team, and leadership was the key.

Liverpool are developing that now.

Who makes your team?

It`s a tricky one, given Manchester United played a 4-4-2 formation and Liverpool play 4-3-3, but you are the boss, so you decide.

Alisson or Schmeichel? Do Liverpool`s influential full-backs get in over Neville and Irwin? Does anyone break United`s Class of `92 midfield? And how do you fit Liverpool`s front three in?

Check back here on Wednesday as we reveal your most popular combined XI...

Who would win the game?

Now, forget the combined XI. Who would win?

Vote below, and we`ll reveal the results on Wednesday...

FREE TO PLAY: Do not miss your chance to land the Super 6 jackpot for the sixth time this season on Tuesday. 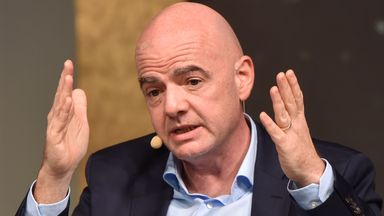