Watch League One goals and highlights

Head here to see all the League One goals and highlights...

Second-half goals from Matt Crooks and Freddie Ladapo looked like earning the Millers a fourth straight win, but when Richard Wood tripped Joe Pigott in the penalty area substitute Appiah converted from the spot to earn the relegation-battling Dons a valuable point.

Coventry moved into the automatic promotion places with a 2-0 victory at relegation-doomed Southend. The Sky Blues were denied by the woodwork on three occasions at a blustery Roots Hall but made sure of the win with goals from substitutes Callum O`Hare and Maxime Biamou.

Wycombe boosted their chances of going up with a 2-0 victory at bottom club Bolton. Defender Aristote Nsiala`s 44th-minute own goal set up Gareth Ainsworth`s side for their first league away win since beating Tranmere on November 17.

And when home goalkeeper Remi Matthews felled Fred Onyedinma - back from a four-month injury lay-off - Joe Jacobson netted his ninth goal of the season with the resulting 62nd-minute penalty.

In-form Sunderland secured their seventh victory in nine games as another disciplined defensive display sealed a 1-0 win over Oxford at the Kassam Stadium.

It was the Black Cats` seventh clean sheet in their last eight matches and moved them within three points of Rotherham.

Chris Maguire`s third-minute corner led to the only goal of the game as Jordan Willis flicked a header towards goal, though the last touch appeared to come off Oxford defender John Mousinho.

Ellis Harrison and John Marquis were on target as promotion-chasing Portsmouth returned to winning ways with a hard- fought 2-0 victory at home to Shrewsbury.

Striker Harrison struck 19 minutes into the second half with a bullet header from substitute Ross McCrorie`s cross to move into double figures for the season.

Substitute Marquis sealed the points eight minutes from time with his 12th goal of the campaign, finishing neatly after being played clean through by Marcus Harness.

Kayden Jackson and Alan Judge both scored twoce as Ipswich came from behind to beat Burton 4-1 and rekindle their challenge for a play-off place.

The victory was Town`s first in five games and leaves them one point off sixth-placed Portsmouth.

Wes Burns was Fleetwood`s hero as his second-half strike earned them a 2-1 victory against in-form Peterborough.

Burns skipped past defender Niall Mason before smashing home from an acute angle in the 76th minute to end Peterborough`s six-match winning streak.

The substitute got the decisive touch to a Jonson Clarke-Harris shot from distance to wrong-foot goalkeeper Chris Maxwell and give manager Ben Garner his first win since taking charge in December.

Elsewhere, Sam Finley scored an injury-time winner in a seven-goal thriller as Accrington secured a 4-3 victory over Lincoln, while Cameron John put through his own net twice as Gillingham saw off 10-man Doncaster with a 2-1 win.

FREE TO PLAY: Do not miss your chance to land the Super 6 jackpot for the sixth time this season in Tuesday`s round. 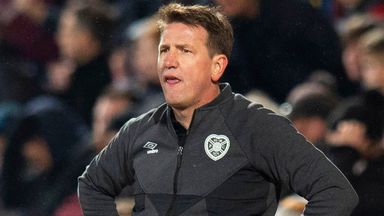 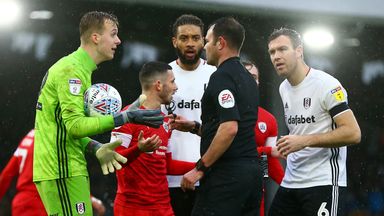 When coronavirus stops your league