The Blues are currently two points clear of the chasing pack in the final Champions League qualification spot, and will extend their advantage with victory over Manchester United on Monday.

They are also through to the last 16 of the Champions League, with their first-leg clash with Bayern Munich scheduled for February 25.

And Chelsea have booked their place in the fifth round of the FA Cup, where Liverpool will provide the opposition at Stamford Bridge.

Kante acknowledged the importance of a fourth-place finish but also expressed a desire to see the team target silverware in the coming months.

“I believe we have the team to get what we want this season - to finish in the top four, get Champions League football next season and why not to win a title as well, he told the club`s official website. “We have everything that we need in this team.

“We are having an important time of the season because we are all fighting for the fourth position.

“Man United were a bit behind but now they have closed the gap so it’s a big opportunity either for us to keep them behind or for them to close the gap more. It’s an important game for both teams.

“We all know that Man United at home is a very difficult game, especially after what happened in the first game but we don’t look at this. We just look forward because we want to keep the gap and so that’s why we need to win, not to get revenge.”

This is Lampard`s first season in charge of Chelsea and his first as a Premier League manager, and Kante believes the Chelsea legend is doing a fine job.

“He was here for a long time as a player and won many trophies but now he is back with the status as manager of Chelsea,” he added.

“We know all about him as a player so when he speaks about my position as a midfielder, to go forward and get the balance in the team, you listen to him.

“He has good ideas, he wants to play the young players and the older players together to get our target to be in the Champions League.

“Frank knows how to bring the players to their best and we have time to get what we want from this season.”

20 years of Jose Mourinho: The brilliant and bizarre moments of his career so far 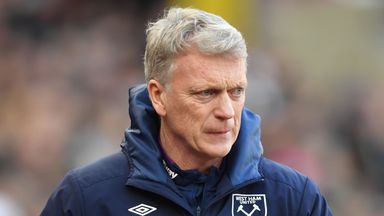