Have Manchester City been harshly treated by UEFA after European football`s ruling body handed them a two-year ban from from the Champions League? Would signing Kevin De Bruyne improve Liverpool? And will City`s stars stay loyal to the club? The Sunday Supplement panel discuss.

I absolutely have sympathy for City - the rules have been put his place to protect a tiny band of elite clubs, Martin Samuel, the Daily Mail`s Chief Sports Writer, told the Sunday Supplement.

So the only way into the elite in the long term - I`m not talking about Leicester, that was a miracle - was to spend this money City have spent. Otherwise City would have sat there and had Manchester United take their best players, like they did with Wayne Rooney at Everton.

People talk about clubs growing organically, how? Everton had the best young player in the world and Manchester United came and signed him. So, City`s way is the only way - the big clubs and UEFA have created this situation with their Champions League money. The only way to get in is to match clubs financially in this arms race. So, that`s what Manchester City have did.

Everyone thinks if you don`t support FFP you are some laissez-faire capitalist that wants everyone to throw money at it to solve a problem. What would solve this FFP would be, instead of giving the Champions League money to the four or five elite clubs you give it to the league, perhaps 75 per cent to the league and 25 per cent to the clubs. Now you`ve got a competitive league - that would be a huge start but they won`t do that.

Speculation had already begun about what life would be like without City boss Pep Guardiola, who has full season left on his contract, while there is now uncertainty regarding the futures of their key players like Raheem Sterling, De Bruyne and Ederson.

City`s players will not show any loyalty to the club if they feel their career is being damaged by not being in the Champions League, said Mark Ogden of ESPN on the Supplement.

Players will look after themselves, he said.

When Juventus were demoted after the match-fixing scandal, Patrick Viera was one of the first off and he`s still loathed in Turin as he left Juventus when they were relegated. Players can talk about loyalty all they want but if they feel their career is being damaged by a club that can`t offer them what they want, they`ll find a way to get out. City`s big players like Raheem Sterling and Kevin De Bruyne are all on long-term contracts so there is no way City will let them leave easily.

However, if they were in a situation where they can`t generate the income to play these players, none of the players have won the Champions League yet and if they stay at City they won`t win it for two more years. Keeping those players will be hard.

It`s similar in a way to Leeds in that once a club can`t offer the players want they signed up for, they`ll be off. I imagine agents of players at Manchester City will be already looking at where they could play next season if the ban is upheld.

One of the players that will undoubtedly attract attention from around the world should City`s ban be upheld will be De Bruyne, who has once again shone this season in the City midfield.

Would he be a good fit at Liverpool?

Ogden said: If this ban is upheld and Liverpool think that De Bruyne is one player that can make them better, how do Manchester City stop De Bruyne being interested in a move to Liverpool? I know this is hypothetical but Liverpool are the best team in Europe - if your club isn`t in the Champions League then how do you stop him being interested in joining them?

If De Bruyne played for Liverpool, he`d be the first name on that teamsheet every week. He`s the closest thing to Steven Gerrard I`ve seen and Liverpool have never replaced him, like-for-like.

Kevin De Bruyne is the one player that could get in this Liverpool side if you were building a team of the season, Daily Mai journalist Martin Samuel added.

You`d have 10 red shirts, then perhaps one from City and that`s De Bruyne. He is the one thing Liverpool haven`t actually got, it`s whether Jurgen Klopp feels they need that player. 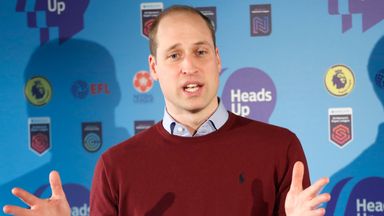