The latest transfer news and gossip on the players linked with Everton - and those who could leave the club.

The latest players linked with a move to Everton…

Hirving Lozano - Everton have been handed a boost over transfer target Lozano. Sevilla have dropped out of the race for his signature (Calciomercato, May 5)

Alessio Romagnoli - Everton have made contact with AC Milan regarding centre-back Romagnoli but they face competition from Atletico Madrid (Sempre Milan, May 4)

Ibrahim Sangare - Following Toulouse`s forced relegation with the end of the Ligue 1 season due to coronavirus, Everton will rival Newcastle for midfielder Sangare in the summer (Daily Express, May 3)

James Rodriguez - Real Madrid head coach Zinedine Zidane is not keen to keep hold of a player who has fallen out of favour and Everton have offered the Colombian a four-year deal. Real would accept an offer of around £34m (Mundo Deportivo, April 29)

Jean-Clair Todibo - Everton have held talks with Barcelona over a possible £17.4m deal for highly rated young centre-back Todibo. The defender has been on loan at Schalke this season (Daily Mail, April 28)

Teun Koopmeiners - Everton transfer chief Marcel Brands is teeing up AZ Alkmaar midfielder Koopmeiners, who is available for around £12m (The Sun, April 27)

Philippe Coutinho - Everton have joined the race to sign Coutinho. Carlo Ancelotti wants to sign the Barcelona playmaker on loan with the option to buy.

Bayern Munich are not keen on prolonging their loan agreement next season while Liverpool are not interested in re-signing the Brazilian. Everton are willing to meet Barcelona`s demand for a loan with a mandatory purchase option included (Diario Sport, April 23)

Cengiz Under - Everton have been handed a boost in their pursuit of Under as Roma are preparing to sell the winger in the summer, according to reports in Italy (Daily Express, April 22)

Odsonne Edouard - Everton and Arsenal are keeping a keen eye on the Celtic forward Edouard ahead of a potential move in the summer. The Gunners are leading the chase to sign the French striker in this off-season (Daily Express, April 20)

Christian Luyndama - Everton, Aston Villa and Wolverhampton Wanderers have all contact with the agent of the Galatasaray defender (Fanatik, April 9)

Marco Silvestri - the former Leeds goalkeeper is said to be on the radar of both Everton and Southampton, with the Hellas Verona stopper pulling up trees in Italy. The 29-year-old, who has helped Verona to eighth in Serie A, is a summer target for both the Premier League sides (TuttoMercartoweb, April 7)

Christian Luyindama - the Galatasaray defender is a target for Everton, Aston Villa and Wolves. The 26-year-old was signed by the Turkish club last summer for £7m (Fanatik, April 6)

Bouna Sarr - Everton are battling Sevilla for the Marseille right-back Sarr. It is claimed Sarr has been watched by both Everton and Sevilla scouts, while clubs in Italy have also shown an interest. Marseille want £10m for the 28-year-old (The Mirror, March 29)

I will confirm Inter asked me for Soteldo, specifically Ausilio in person, but he stopped when I requested €35m, Peres said. Soteldo is a young player with sensational skills, a player who can decide games.

I`ve received requests from all the big clubs in Brazil, he is wanted by Premier League sides like Everton, as well as many offers from Spain. (Calciomercato, March 23)

Gabriel Magalhaes - Everton are one of three clubs to make an offer for the Lille defender.

Another unnamed English club and two Italian clubs have also had offers accepted by the Ligue 1 side and it is expected the deal could be finalised in the next 10 days for next season.

The 22-year-old Gabriel joined Lille from Brazilian club Avai in 2017 for £1.5m but is expected to cost around £30m after a string of impressive performances this season.

Santiago Arias - Everton are among other clubs interested in signing Atletico Madrid right-back Santiago Arias in the summer. (Antena2, March 26)

Martin Braithwaite - Everton and West Ham are keen on Barcelona and Denmark striker Braithwaite, 28, although his club will not sell him for less than £18m having only been signed in February on an emergency deal. (Diario Sport, March 27)

Jose Callejon - Everton will be looking to sign a right-winger in the summer to provide competition for Theo Walcott and Napoli`s Callejon could be an option.

Callejon is out of contract this summer, and his agent Manuel Garcia Quilon told Sevilla ABC: Napoli president De Laurentiis has always wanted to renew his contract. We are grateful for the interest shown towards Jose. At this time there is no agreement, the two positions are very respectable and there has never been a discussion of any kind between the parties. There is mutual affection. We`ll see.

I think he should stay with Feyenoord, he said. He is the man there, the team is built around him. Do you have to go to somewhere like Everton when you are almost 29?

If you go there and don`t play well for two games they will replace you with a clumsy Englishman and you will be out of the picture with the national team. (The Sun, March 22)

Marash Kumbulla - The young centre-back has attracted interest from Everton, Manchester United, Manchester City, Liverpool and Chelsea but it is believed it would take around £25m for Hellas Verona to part ways with the player (Corriere di Verona, March 20)

Cengiz Under - Everton are interested in signing AS Roma star forward Under according to reports from Italy. The Toffees are leading the race to sign the 22-year-old (Gazzetta Di Parma, March 19)

Calciomercato claim Roma are prepared to accept £37m for Under this summer.

Gianluigi Donnarumma - Everton have been linked with the AC Milan goalkeeper, who is set to enter the final year of contract (Gazzetta dello Sport, March 19)

Lorenzo Pellegrini - Everton and Inter Milan are reportedly looking to exploit a £27m release clause in Pellegrini`s Roma contract. The 23-year-old has asked for a substantial increase in wages which would see him earn £3.2m a season (Calciomercato, March 17)

The latest players linked with an Everton exit…

Gomez told Radio Marca Valladolid: Sandro has a contract with Everton, and we have to find a way around that.

(We have to know) if he is comfortable here or not and wants to go on, then we can look at the characteristics of that operation and whether or not we can accept them.

Moise Kean - Napoli are reportedly set to hand Kean an escape route from his Everton nightmare despite the recent controversy surrounding the £27m striker.

Everton have expressed an interest in Napoli`s Hirving Lozano, and both he and Kean are represented by super-agent Mino Raiola, which may assist with negotiations (Corriere dello Sport, April 28)

Jonjoe Kenny - Schalke say they want to extend the loan of Kenny for another season - as they can`t afford to buy the Everton defender.

Schalke boss David Wagner told Sky Sports: He has done great for us since we signed him on loan. He`s a regular starter, he`s scored and given assists and he`s a great bloke as well.

He`s highly respected in the dressing room and from our supporters. It looks like we won`t have the financial power to buy him and if Everton like to sell him then we are more or less chanceless.

We are very keen to keep him at our club, and if there is a chance to extend the loan then obviously we`d like to speak.

But with all the clubs it`s difficult to have conversations because nobody knows how much money we`ll have next season and in the summer and this makes it difficult to negotiate anything at the moment. (Sky Sports, April 21)

Jordan Pickford - Chelsea have intensified their interest in signing Everton goalkeeper Pickford, according to reports in Italy. Pickford will cost over €50m (£43.5m), and Chelsea have initiated contact with his agent (TuttoMercatoWeb, April 20)

Luke Garbutt - the 26-year-old will leave Everton this summer, as his £28,000-a-week contract is due to expire. Leeds could bring him back to Elland Road (The Boot Room, March 20)

Jonas Lossl - Huddersfield Town chief exec Mark Devlin has acknowledged Everton loanee Lossl is unlikely to stay into next season, not least because he has taken a significant pay cut to re-join the Terriers and push for a place at Euro 2020, which has now been delayed until next year. (Huddersfield Examiner, March 24)

Theo Walcott - The winger will be up for grabs this summer after failing to convince the Everton manager Carlo Ancelotti. Walcott has 15 months left on his current contract (The Mirror, March 29)

Bernard - Everton winger Bernard has a desire to work with his former boss Paulo Fonseca at Roma, and may look for a summer move (Calciomercato, April 5)

Yannick Bolasie - The winger is on loan at Sporting Lisbon and the Portuguese club have the option to buy for £4m but he will return to Everton at the end of the season, according to his agent Jwtiar Khalid Rahman (O Record, April 7)

Leighton Baines - Everton manager Carlo Ancelotti is keen to keep Baines at the club due to his experience and leadership. The 35-year-old`s current deal expires at the end of this season (The Athletic, March 20) 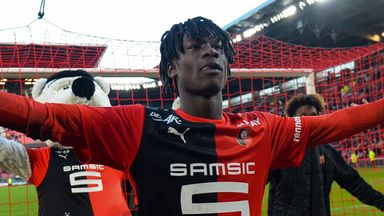 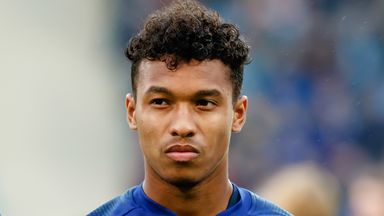 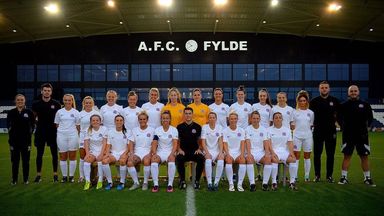 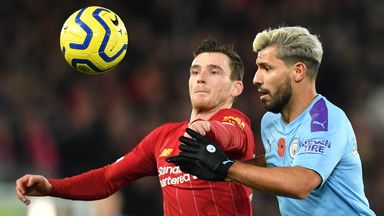 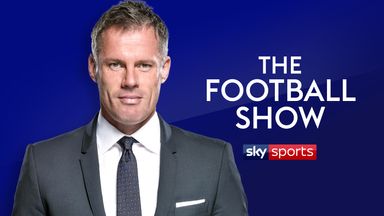 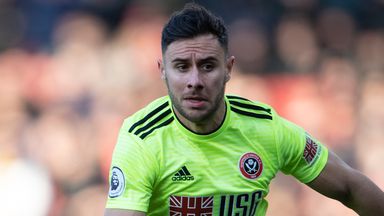