Wolves goalkeeper Rui Patricio is well aware how some of his younger team-mates have been spending the lockdown. Diogo Jota even won the inaugural ePremier League invitational. But do not expect his compatriot to be joining him at the screen any time soon.

I have no time to play FIFA right now, Patricio tells Sky Sports.

Most of my focus during the lockdown has been on taking care of my two kids. I want to take care of them, play with them and obviously entertain them because they are at home too. But it has been good to spend some quality time with them as well.

Dependable and responsible. Two words that have summed up the Wolves No 11 - he continues to leave the No 1 shirt vacant in honour of Carl Ikeme - ever since he first arrived at the club in June 2018. Others have taken the plaudits and the headlines but Patricio has been a constant reassuring presence at the back for this rock solid Wolves team.

Perhaps the lack of fuss is because his high standards come as no surprise. The 32-year-old goalkeeper has 87 caps for Portugal - seven of them earned in helping his country to glory at Euro 2016. He made the Ballon d`Or shortlist that year. In his home town, they even built a statue commemorating his save from France`s Antoine Griezmann during the final.

Patricio will now have to wait another year for his next taste of the Euros but his first experience of the competition back in 2008 was also significant in its own way. There was no trophy that time. He was second choice and did not even play. But injury to fellow back-up goalkeeper Quim saw a 34-year-old uncapped Nuno Espirito Santo drafted into the squad.

The Wolves head coach was once his team-mate.

Jose Mourinho, who was Nuno`s manager at Porto, recently made it clear his old player is far better as a coach than he ever was between the posts but what are Patricio`s recollections of that tournament when his now boss was technically his understudy as third-choice goalkeeper? Perhaps predictably, Nuno did not keep his thoughts to himself for long.

One thing I do remember is how careful he was after Quim was injured, but he became very firm with us when we practised. He wanted us all to do our very best. I think that has translated into his work as a manager with us now. The way he wants things to be done is the best way possible. That just shows how professional he is as a coach and a person.

Given Patricio`s vast experience in accumulating almost 500 appearances for Sporting during more than a decade in Lisbon, there is not too much that even Nuno can teach him about goalkeeping. But he still strives to get better. Like fellow senior man Joao Moutinho, he continues to work, and credits the manager for improving another aspect of his game.

The psychological value that he brings is that he makes us all feel more confident. He makes us all feel better about how we play. Every athlete needs that support. It is not just Nuno either, it is the whole team beyond the field that helps us. It brings a lot of value to our game. We have to work together to become the best version of ourselves.

Is he still improving then?

I do not think that there is any limit, he adds. I want to continue to improve as the years go by. In fact, my goal is to improve with every session. I think that what I strive to do every single day is to become a better goalkeeper. I work hard on my techniques.

Those techniques are all his own. Speaking earlier this season, fellow Wolves goalkeeper John Ruddy provided an intriguing insight into Patricio`s unique approach.

He is completely different to anyone I have worked with ever before, said Ruddy.

He works very close to his line, closer than anyone I have seen.

In an era in which the role of the goalkeepers has increasingly morphed into that of a sweeper, Wolves leave that responsibility to an outfield player in captain Conor Coady.

The job of Patricio is to guard his net. 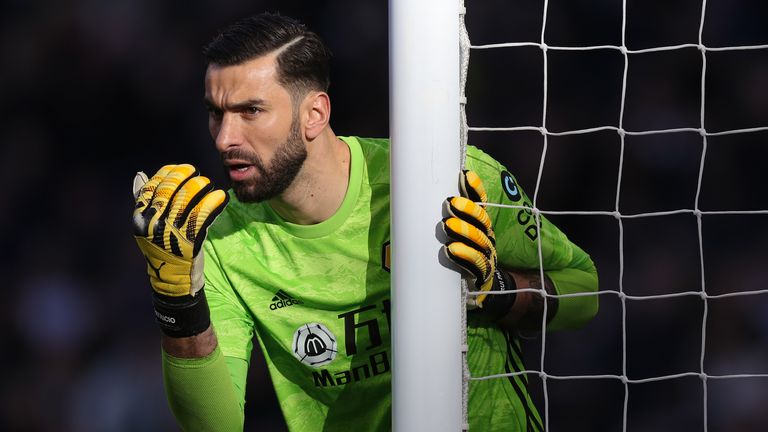 No one goalkeeper is like the next. We all have different techniques and we all play the game differently.

Of the 15 goalkeepers to have made more than 20 Premier League appearances this season, none have made what Opta calls a sweeper-keeper action - rushing off their line to try to cut out an attacking pass - fewer times than Patricio. Just three all year.

Some goalkeepers catch crosses and others punch the ball. But of those 15 goalkeepers, only David de Gea has either caught or punched it fewer times than Patricio. Like the Spaniard at Manchester United, he is a goalkeeper who is happy to stay at home, minimise the risks, and trust his reflexes.

I believe that every goalkeeper has their own way to defend, he says. No one goalkeeper is like the next. We all have different techniques and we all play the game differently.

Patricio`s methods have been working for him and his only focus now is on honing those methods still further.

In the meantime, there are children at home to entertain. 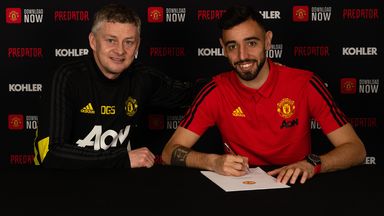 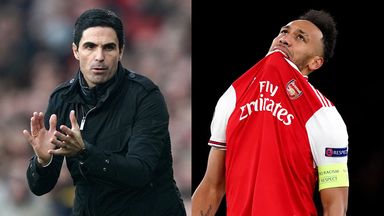 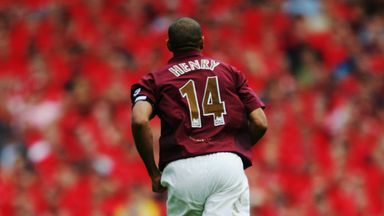 Palace confident Hodgson can return to work
Back to news list